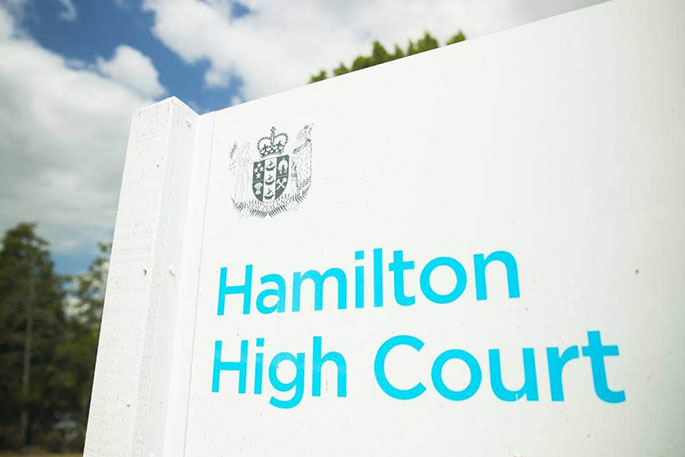 Rose is on trial at the High Court at Hamilton. Her former partner, Andrew Alan Williams, pleaded guilty at the start of the trial. Christel Yardley/Stuff

A woman accused of child sexual exploitation told an alleged victim's mother she wanted to become a child carer.

And once she and her partner were arrested for alleged offending against another child, she told the woman her partner was guilty and had abused her as well as children.

Equestrian couple Laken Maree Rose and Andrew Alan Williams were arrested in May 2019 and charged with a raft of child sex abuse charges.

The pair, who lived in Cambridge, allegedly offended in Waikato, Palmerston North, Dannevirke and Bay of Plenty between 2014 and 2019.

Their charges relate to seven alleged victims aged 3 to 14 years old, one of whom is unidentified.

Rose, 30, pleaded guilty to four charges before trial and was facing trial on 60 more – her lawyer has argued she was a “reluctant spectator” for most.

On Thursday afternoon, she added five more guilty pleas, and four charges against her were withdrawn.

Williams, 53, pleaded guilty to all charges at the start of a trial at the High Court in Hamilton.

The mother of one alleged victim met Rose through horse circles, and they eventually developed a friendship.

Rose and Williams “offered very frequently” to look after her daughter, said the woman, who cannot be named to avoid identifying her child.

Most offers were from Rose, who told the woman she wanted to become a child carer and to start learning to look after children with Williams as a backup.

“I didn't feel comfortable leaving [her] with him,” the woman said.

She very rarely left her daughter with anyone else then, she said, and it's now even more rare.

Unfortunately, he was alone with her once, when Rose said she wanted a massage at a mall, the woman said.

There were times when she was concerned – including when she found him in the bathroom with her daughter, and when the pair were playing outside and went quiet.

She also remembered an incident at a Christmas market, when Rose and Williams pressured her to buy her daughter a pink satin dress the girl wanted, but which she considered “incredibly revealing”.

The woman helped Rose and Williams after he had a heart attack, by dropping off a wallet and charger and offering to mediate after an argument.

She talked about having concerns for Rose in the relationship, and mentioned a phone conversation with Williams, trying to placate him after the pair had argued.

“Every second word was an F-word,” she said. “He was repeatedly saying she was a liar.”

Rose told her Williams had once put her head through a wall, was tracking her phone and controlling her finances, and didn't allow her to work at the weekend.

One day, when Rose and the mother were on the phone, Rose told her she and Williams had been arrested and charged with sexually assaulting another girl.

She said he was guilty but she was only arrested because she was staying there with him.

Rose had given the woman's name to police, and asked her to speak to them.

“She was very upset, and the way that she had told me what had happened was that he had been abusing her and children for quite some time and she was suicidal.”

The Crown has previously said a search warrant executed on the couple's Cambridge home uncovered “years of sexual exploitation of young people and children by both defendants”.

However, the defence says Rose was a “reluctant spectator” for most of the charges, having been compelled by Williams to film sex acts against her will.

The four charges Rose pleaded guilty to were of inducing one of the complainants to perform sexual acts.