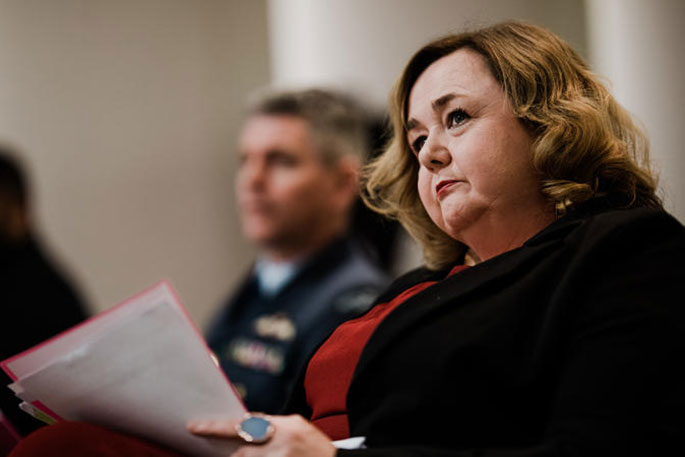 The government has reached an in-principle agreement to purchase doses of a COVID-19 vaccine for the entire population.

The agreement with Janssen Pharmaceutica is subject to the vaccine successfully completing clinical trials and passing regulatory approvals in New Zealand.

If all goes to plan, the first doses - up to two million - would be delivered from the third quarter of 2021.

The government would then have the option to purchase up to three million more doses, which would be delivered throughout 2022.

The vaccine is likely to be single-dose and compatible with standard vaccine distribution channels, so it may be more efficient to administer.

Minister of Research, Science and Innovation Megan Woods says the agreement is part of the government's plan to ensure it has access to a range of vaccine options.

"Janssen, along with its parent company Johnson & Johnson, have a very strong track record producing safe and effective pharmaceutical products for use globally and in New Zealand," says Woods.

"This gives us confidence in their ability to develop, manufacture and deliver a safe and effective vaccine."

Negotiations with other pharmaceutical companies are in progress, Woods says, and ensuring New Zealand and the Pacific has access to safe and effective vaccines is the priority.

Woods told Morning Report that there are 240 vaccines currently under development around the world and a range of them would be available to New Zealanders.

"Our strategy is not to put all our eggs in one basket but to have a portfolio of vaccines.

"What we have to do is have a pipeline of a whole different suite of vaccines so we have very much decided that this portfolio approach is the best way to ensure we can get New Zealanders early access to vaccines."

Woods says one advantage with the Janssen vaccine is that it is a single dose and can be stored at standard vaccine temperatures (2C to 8C) unlike the Pfizer vaccine (-70C) so it may be better suited for distribution in the warmer Pacific climate.

The Ministry of Health is preparing for how best to deliver the vaccines once supply is available, she says.

"Ensuring equity of outcomes, including protection for Māori, Pacific peoples and our most vulnerable population groups, such as older people, disabled people, health workers, essential workers and border staff are some of our primary considerations in the availability of vaccines."

Cost would not be a barrier to being vaccinated, Woods says.

"Each vaccine is having its own immunisation plan being worked through with the Ministry of Health."

The Pfizer vaccine would be available in the early part of 2021 while the Janssen one would more likely be near the end of the year, Woods says.

Minister for COVID-19 Response Chris Hipkins says about 230 vaccines are under development worldwide and New Zealand was talking to all of the companies.

"As we sign pre-purchase agreements we are releasing those," he told Morning Report. "It's obviously a highly competitive field.

"We're doing everything we can, first to make sure that we are getting a good supply of vaccines as they're available, but also we're in a position to be able to distribute them.

"The government is unlikely to buy five million doses all at once, and will end up with a variety of vaccines, so decisions will be made on who gets immunised first based on scientific findings and risk factors.

"So, who are the people most at risk of having an adverse reaction if they got Covid-19, but also what's the science telling us about each individual vaccine. Some vaccines, the research will say, are more effective with some people than others, and have higher risk for some people than others, and that's not going to be the same for every vaccine."

Aiming for uptake of 80 per cent

Director-General of Health Dr Ashley Bloomfield says to get a "good population immunity effect" the vaccine uptake would need to be about 80 percent.

"Our goal for childhood immunisation rates is 95 percent and we should be aiming for a similar rate with this vaccine."

He says communication is vital to ensure people were confident in the safety and the effectiveness of the vaccine.

"The number of people who refuse [a vaccine] is very small." 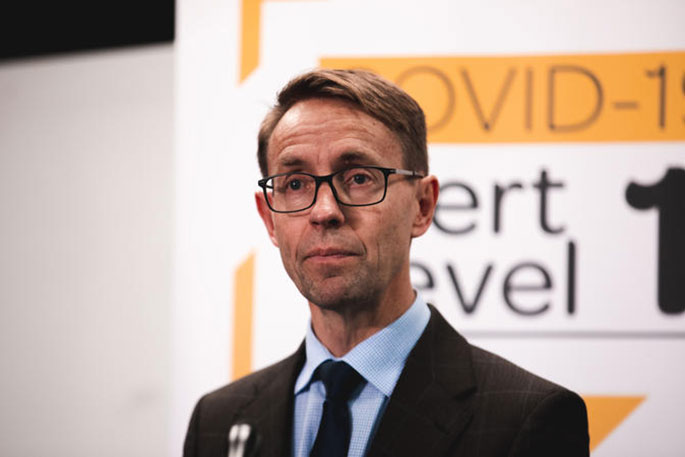 Until a vaccine became widely available, the country's approach to COVID-19 remained the same.

"In the meantime and until we've got a high population coverage the overall strategy does remain elimination which of course means we want to keep the virus out of our communities and if it does get there then we do this quite rapid response and stamp it out."

In alert level 1, the public often needed to be reminded to scan the COVID Tracer app and follow good hygiene, he says.

"This virus is rampant around the globe. We will still see people coming across our borders with the virus and occasionally we will get an incursion."

The aim is to get the spread under control without having to move up and down alert levels, he says, by deploying other measures like making mask use mandatory on Auckland public transport, and on flights around the country.

It would take a few more days to know if the latest Auckland cluster was contained, he says.

"We haven't identified any further cases amongst the wide number of close contacts who are in isolation and are being tested regularly.

"There's been high rates of testing around Auckland over the last few days ... and we're not identifying any further cases."