Vehicle crashes into pole in Omokoroa 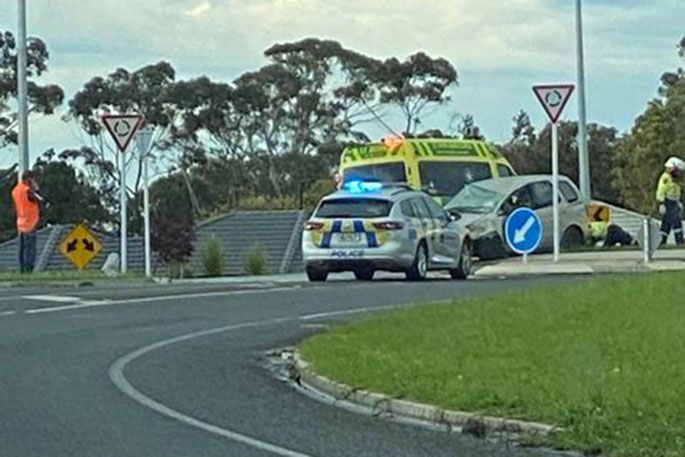 Emergency services at the scene of the crash. Photo: Jay Branden.

One person is in a serious condition following a crash in Omokoroa.

Emergency services are attending the incident between a car and a lamp post on the corner of Omokoroa Road and Ridge Drive.

Fire and Emergency New Zealand northern communications shift manager Craig Dally says a vehicle hit the pole but no one is trapped.

"One status two patient is being attended to by St John."

There are two fire crews at the scene.

Meanwhile, power is reported to be out in the area.

Around 1333 properties are reported to be affected by the outage, Powerco reports on its website.

It's estimated that power will be back on around 5.30pm.

A good example of why reducing the speed limit on the SH2 from 100 to 80 isn’t going to work. This accident happened in a 60kph zone. It’s the drivers, not the road or the posted speed limits!!

The power in Omokoroa was out before the accident occurred. The car hit a lamp post, not a power pole.