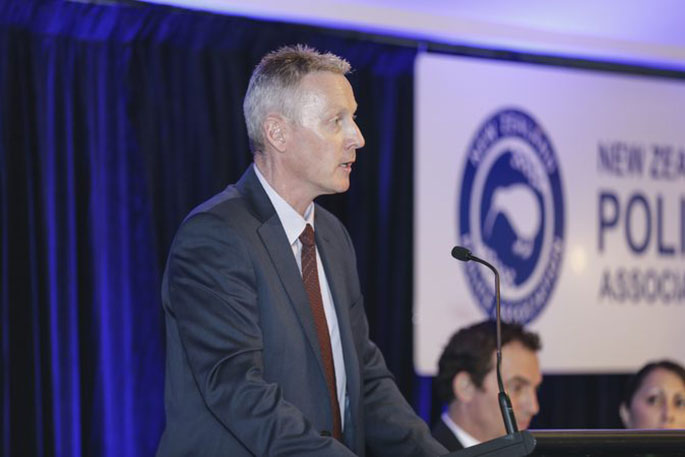 The Police Association wants the government to hurry up its firearms register in order to stem the flow of guns to criminal groups.

A 24-year-old man was last night arrested in connection with shooting at a police officer yesterday morning in the Whangārei suburb of Otangarei.

It's the second shooting at a Northland officer in a month, and less than six months after Constable Matthew Hunt was killed in west Auckland.

Legislation passed in June paves the way for a gun register, but Police Minister Poto Williams says while work is under way on "firearms licensing and administration", there is no fixed date for any decision, let alone implementation.

Without a registry, the union for police officers says guns are flowing into gang hands without a trace.

"If we track what's happened overseas when gun registers came into place, the number of firearms being stolen dropped dramatically. We know most criminals get their firearms by stealing them from law-abiding firearms owners, so let's get that up and running as soon as possible," says Police Association president Chris Cahill.

Cahill says across the country, officers have either had a gun drawn or shot at them on average once a month in the last two years.

He says to reduce the existing pool of black market guns, police also need to place a greater focus on seizing them and following up on all gun-related information that they received.

More long-term, Cahill wants more work to stop young people from thinking that joining a gang is their best or only option.

"To address why young people are joining gangs in the first place. Especially in provincial New Zealand, there's not the opportunities for other careers, so there needs to be a real effort to give them an alternative.

"Yeah absolutely, but not just in Northland - across the country. We need to change our focus on welfare, we need to bring these people back into our community. We're not doing that enough... it's an example of the failure of our welfare system not working for our communities," Carter says.

Born and bred near the scene of yesterday's shooting in Otangarei, Martin Kaipo has seen the place change over the decades. 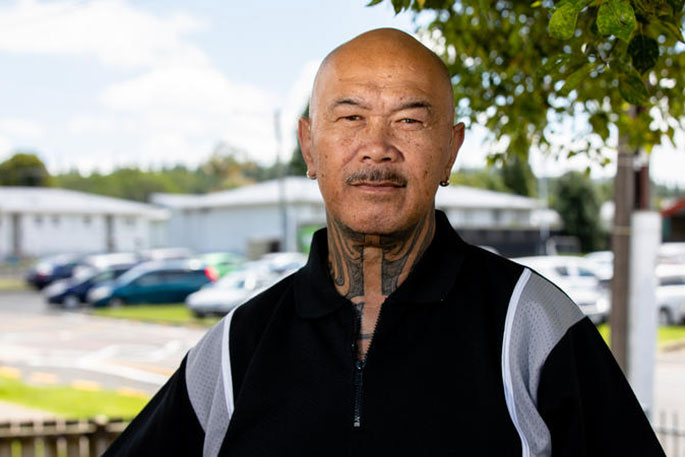 An ex-gang member himself, he now runs a local community organisation. He says Otangarei is beset by low employment, and riddled with gangs and drugs.

"Methamphetamine is probably the biggest influence around. Unemployment would be another factor. We're low socio-economic communities. There's high dependency on unemployment benefits."

Kaipo says a lot of these young men are looking for leaders - but with a lot of elders no longer around, criminal influences are stepping in.

"Outsiders coming into the community and bringing all these new, I suppose, enticements, drawing the wayward young person into that fold."

The new MP for Whangārei, Labour's Emily Henderson, says the current government is well aware of the concerns around firearms.

"I think the entire Labour government shares that concern and we've demonstrated that fairly clearly in the last little while... I don't think I have to push this government to worry about gun control."

The new Minister of Police, Poto Williams, says it's her job to ensure legal firearms are not re-purposed in criminal settings. 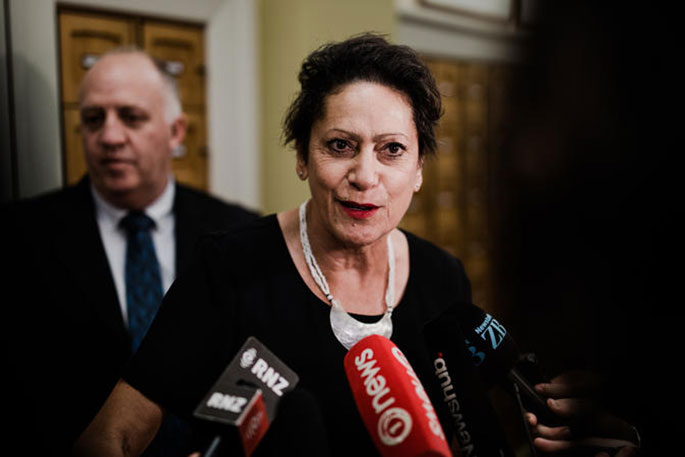 Minister of Police Poto Williams says there is no fixed date for any decision on the firearms register. Photo: RNZ / Nate McKinnon.

"As Minister of Police, I will continue the work begun in the last term of Parliament which had one overriding objective - to stop firearms falling into the wrong hands," Williams says.

"The former minister signalled a couple of pieces of work which are yet to come back to Cabinet.

"These relate to reforms to the system of firearms licensing and administration; and a response to the public discussion document on Firearms Prohibition Orders.

"These are important matters and I will be taking some time to ensure Cabinet gets the best advice. At this stage, there is no fixed time frame for when those decisions are likely to be made. The delayed election has pushed out previous timeframes."

Long ago, when I became old enough to legally own a firearm, weapons were registered with Police. I recall selling a rifle to a guy in Turangi shortly before I moved to the South Island, but forgot to notify Police of the sale. They were at my new address within weeks. And then some wally decided that it would be better to licence the owner rather than the weapon. What a clever move that was!

so firearms register. what next are they going to think of. do they really think the bad guys will go to a police station and say please sir i would like to register my gun. what dreamland are they in. and they want to make drugs legal

Cahill ’claims’ guns get into gangs hands from stealing from licensed owners. How is a register going to stop that? Cahill has also stated that nearly all confiscated guns from gangs have the serial numbers removed which makes a register useless Maybe actually attending burglaries might be a step forward not more bureaucratic nonsense

For the honest people. Look at the outcome of the arms amnesty - MASSIVE drop in shootings and firearm crimes . . . We already know their weapons are stolen or purchased illegally and/or with blood money, ID numbers are ground off, weapons are modified. A register is not going to stop them because NEWS FLASH - they don’t give a damn. If they want to use a firearm, come hell or high water, they will. What we need is extreme penalties - whatever form that may take.