Around $7 million spent on PR by councils & DHBs 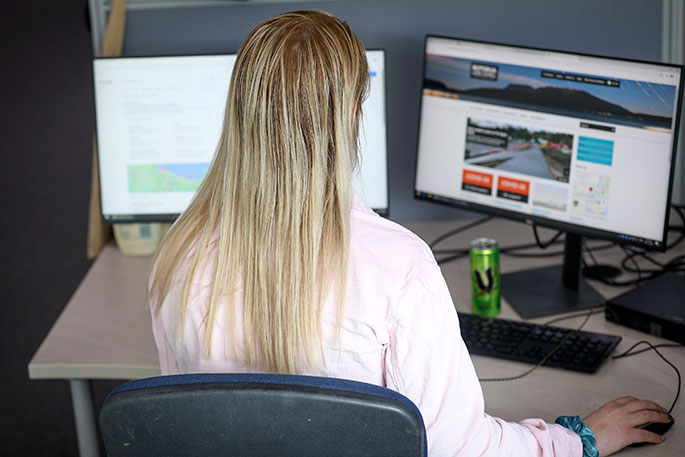 Bay of Plenty local government organisations shelled out more than $7.4 million on communications and public relations last year - with the Tauranga City Council spending just over $2.6m in its efforts.

The next highest spender, Bay of Plenty Regional Council, spent just over $1.6m.

The Bay of Plenty Regional Council has the largest population of the councils with a population of around 307,000 followed by Tauranga with 144,700, Rotorua with 72,500 and Western Bay with 51,231.

That figure was a combination of the in-house spend on staff - just over $2m - and its spend on external contractors - nearly $629,000.

In 2019/20, there were 15 staff members employed in communications and engagement at Tauranga City Council, made up of 13.55 equivalent full-time equivalent roles.

The council did not divulge the salary of the highest paid staff member, citing privacy.

Tauranga’s biggest spend on a single project was $209,426 for contracted communications work regarding the Waiari Water Treatment project between 2017 and 2020. 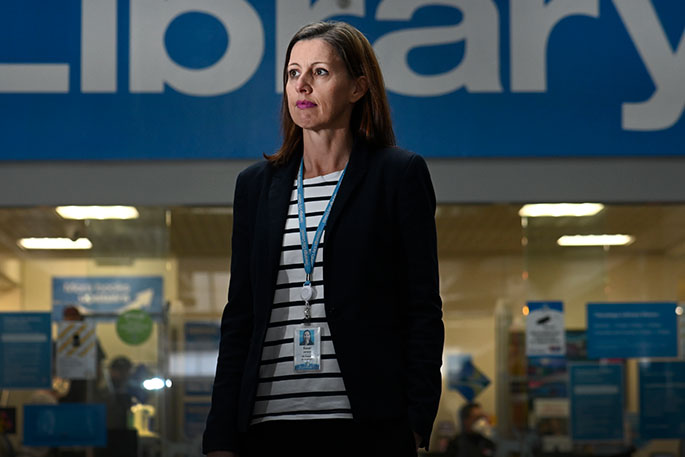 She sas the organisation needs to refine efficiency and effectiveness and in recent years has relied more on “external resources” as it provided flexibility with specific projects, although this is under review.

“People rely on a range of essential services the council provides ... they therefore need to know if there will be any change to the way those services are delivered – water shutdowns, or road closures, for example.”

She says communication is two-way and part of the job is to provide the opportunity for public feedback.

“Being constantly available and responsive comes at a cost and while we are keen to find better and more economical ways of communicating and engaging with our community, there is a service expectation that we are obliged to meet.”

Former Tauranga mayor, current Bay of Plenty regional councillor and president of Local Government NZ Stuart Crosby says communicating with the public is “one of the fundamentals of the democratic process” and often a legal requirement. 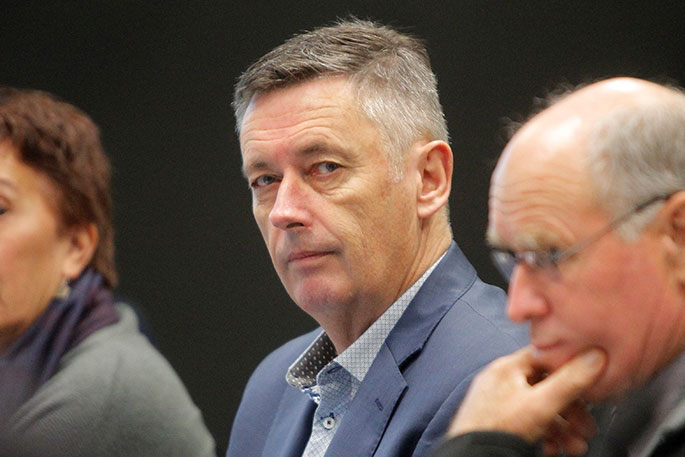 “It's people’s right to know what's going on and it's their right to participate in that process.

“You can’t ... engage properly unless you have the right amount and accurate information - that’s what councils should provide.”

He says the $7.4m spend is “modest” when considered in context of the relative organisations’ operating budgets but councils needed to make sure communication was useful and effectively reached the public. 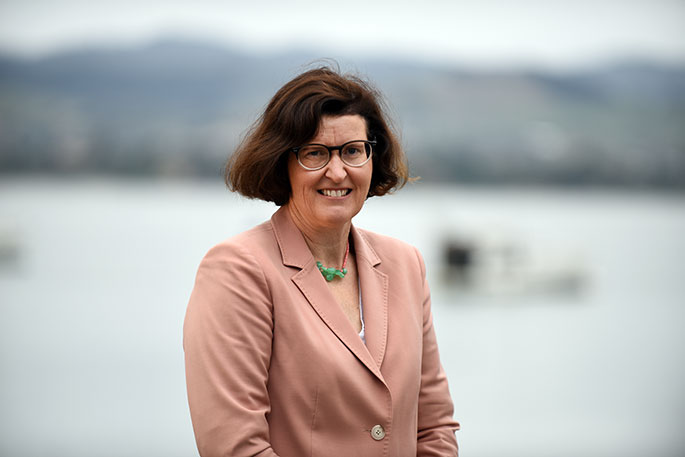 In its response, the regional council states this is due to a communications manager vacancy.

She says the regional council is different to city or district councils as it had to communicate with a larger population across a larger geographic area.

“We are working hard to make sure we are communicating with all residents in the region and that there is community awareness about the important work we do.”

Asked if she believed the money was well-spent, McTavish says the organisation is “focused on continuous improvement” and has restructured its communications team at the beginning of the year to ensure efficiency.

She says it is the regional council’s duty to provide full transparency to the communities it served. 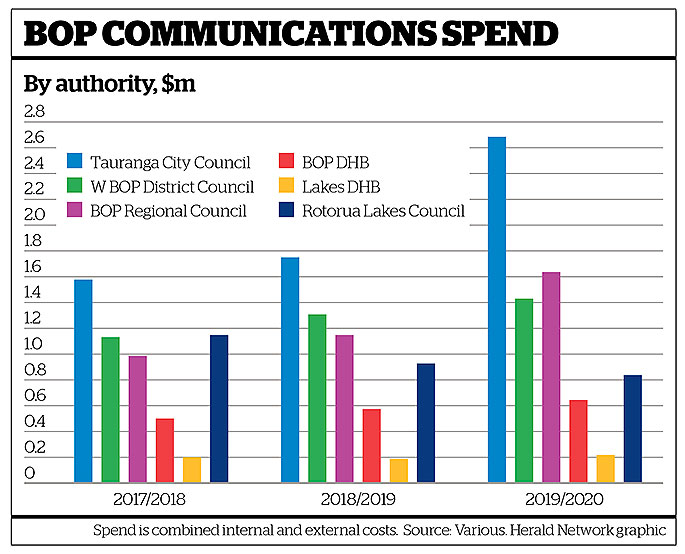 What the Bay of Plenty's local authorities spent on communications since 2017. Graphic / NZME.

"NZME also requested what the highest paid regional council communications staff member received, and while the specific figure was withheld due to privacy, the regional council confirmed the mid-point of the salary band was $148,283 as at July 1 2019."

Other organisations, such as the Western Bay of Plenty District Council, which had a significantly smaller team - five people to Tauranga City Council’s 15 - did report the salary.

The highest paid communications and public relations staff member at the Western Bay of Plenty District Council received a salary of $155,925 in 2019/2020. That figure has risen by more than $30,000 in three years.

The Western Bay of Plenty District Council spent $1,429,700 on communications and public relations in 2019/20.

The other organisation to reveal the salary of its highest paid communications staff member was the Bay of Plenty District Health Board, which had seven staff members - 6.5 FTEs - in 2019/20.

Bay of Plenty District Health Board spent almost $560,000 on internal staff and just over $109,000 on external contractors.

The Lakes District Health Board spent more than $200,000 on staff and advertising and $17,430.00 on external contractors. It had not spent anything on contractors the two previous years.

Stop stuffing everything up! PR work done. Reduce costs / fix traffic problems = Happy ratepayer. (Hint hint...Bus lanes are not the answer.) No increases in salaries until you stop stuffing up.

These organisations could save hundreds of thousands of dollars that are spent on full-time spin-doctors and PR people, by simply telling the public the truth. Simple isn’t it ! $120-$155k per year for multiple PR people seems like a bit of an exorbitant troughing of tax/rate-payer funds if you ask me. Mind you, the same could be said of central government.......

At least from what I can see the proposed Mount street layout has been well detailed and feedback sought. It affects mostly Mount dwellers and visitors. From my perspective the rubbish collection proposal was not as well promulgated nor feedback and yet this affects everyone. Seems we are stuck with the one size fits all approach that is our fate for one year. After that will fees be discounted for the unnecessary unneeded bins, ? Will cost actually go up ? Will a green bin stay at $60 ? Too bad it seems as contract has been signed by a council likely to be voted out like Trump !

...is fine as long as the lens is on other people. Councils (not just TCC...) need to recognize that they are managing other people’s money and MUST therefore account for it. If you are personally sensitive to someone knowing what you earned, don’t take a job that requires transparency. (You might also rethink why it bothers you...) It’s pretty obvious that value being obtained for the sums being spent, is way out of kilter for some of the agencies reported here.

Not Value For Money

e.g. The first that I knew about the Lime scooter trial in Tauranga was when they appeared on the streets.

So feedback is important ? ? What is the mechanism to do so ? Do ratepayers know how? If it were so every rates bill and contact with ratepayers should have a simple method explained. The questionnaire on rubbish is a case in point in that the questionnaire steered feedback to a preset conclusion. Seems we now have a ten year irreversible contract for rubbish that doesn’t suit a lot of people at all as one size doesn’t fit all . I have emailed council on traffic control and speed several times and basically whilst I get the odd answers they are usually duck shoving stock answers meaning nothing much. At least speed is finally being reviewed, although I was told this would be three years ago. So council make feedback more accessible, and easy as I have yet to find it so

Joke of the week!

Susan says "communication is two-way and part of the job is to provide the opportunity for public feedback." Since when did public feedback ever make a difference? Serious $$ being squandered here, no surprise TCC tops the lot. A massive cut in staff numbers urgently required. After that, make those left earn their money. Some seriously eyewatering figures here, and privacy be damned. The taxpayers pay these monies, we have a right to know who gets what. BOPRC in the firing line too.

There are serious resource consent submission that are now going unnoticed that do need scrutiny. The latest methyl bromide submission closed yesterday. I only found out about it from the TV news clip on Sunday with submissions closing next day. After searching the Regional Council website l couldn’t find the relevant information. After ringing the Regional Council they admitted they were having issues with their website. They said just sent an email with my submission. If this is happening with highly paid communications people then this is totally unacceptable.

I think a lot of this is spent in Public Notices and paid advertising space in local newspapers. I no longer have a newspaper subscription because it is expensive, fills up the recycling bin, and most news is out of date. There has to be a more effective means of electronic media to get messages out there. There are some incredibly high salaries being paid as well when in effect they are being ineffective. Time for change.