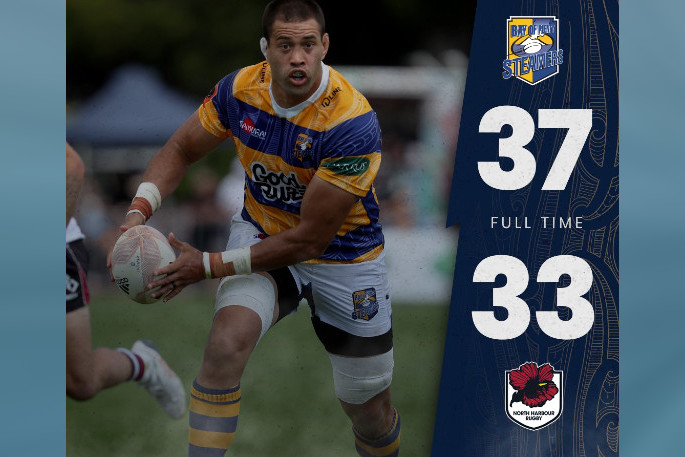 The Bay of Plenty Steamers beat North Harbour 37 to 33.

The Bay of Plenty Steamers have fought their way through to the Mitre 10 Cup premiership semifinals with a full time score today of 37 to 33 against North Harbour.

At half time the score at Tauranga Domain was 15 to the Steamers and 21 to North Harbour.

Before that the score was 21-0 to North Harbour, with a huge comeback from the Bay exhilarating spectators.

Bay of Plenty threw everything into an ‘on the edge of your seat’ gripping second half, beating their competition and getting their hands on a spot in the Mitre 10 Cup premiership semifinals.