Injuries after crash near 12th Ave and Cameron Rd 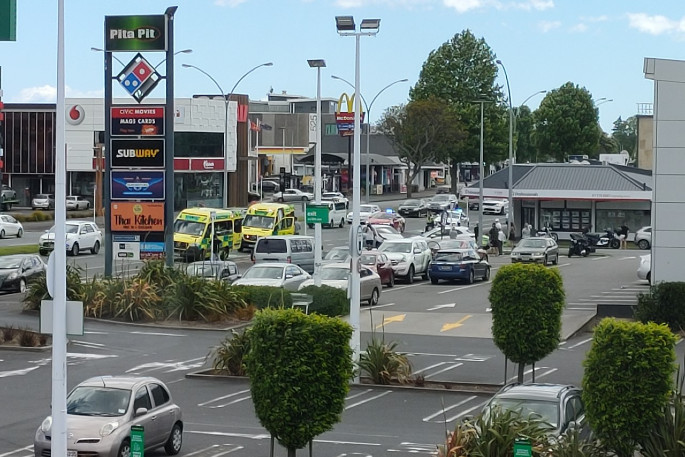 The crash happened at the intersection of 12th Ave and Cameron Rd. Photo: Supplied

There has been a vehicle collision involving a two cars and a motorcycle near the intersection of Cameron Rd and 12th Ave in Tauranga.

Police were notified of the crash involving the three vehicles at 11.05am.

One person is seriously injured.

"One person - presumably the motorcyclist - is reported to have a broken leg," says a Police spokesperson.

A SunLive reader reports that two people have been taken to hospital by ambulance.

It is unknown whether there are any road or lane closures.

At the scene? Phone 0800 SUNLIVe or email newsroom@thesun.co.nz
More on SunLive...
2 Comments
You must be logged in to make a comment. Login Now

Lots of room for improvement regarding driver’s around Tauranga. LOTS!

When will people learn

There wouldnt be so many crasrhes if people would leave there bloody phs alone. If you carnt do it say at home and off you bloody phones use your brain you the ones killing or injerying people