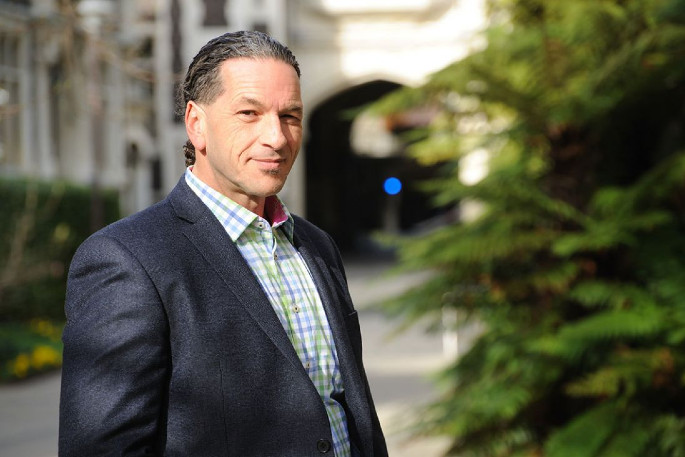 The NZ Drug Foundation say that there is a clear mandate for change following the release of the final cannabis referendum results showing the margin had narrowed.

“Based on how close the result is, a change to cannabis/ drug law should not be ruled out,” says chair of the Drug Foundation Tuari Potiki.

The final cannabis referendum result was released on Friday with 48.4 per cent of New Zealanders voting in favour of legalisation, and 50.7 per cent against. The margin closed from 7 per cent to 2.3 per cent in the final count. 1,406,973 people voted for the specific set of regulations in the proposed bill, while 1,474,635 voted against.

“While the Drug Foundation accepts that the Cannabis Legalisation and Control Bill is now unlikely to be put forward to Parliament in its current form, the Government has a responsibility to find a fix to our broken drug law,” says Tuari.

“The close result shows an unprecedented level of support for change in some form. Doing nothing is not an option for the Government.

“The issues that make reform essential have not simply disappeared now the votes are cast.  The Government must find out what New Zealanders’ key concerns were in voting no, and come back with proposed legislation that will address the issues we all agree on,” says Tuari.

“The last minute swing towards a yes vote strongly suggests that young people and Māori – two of the biggest yes voting groups  – came out in force in the last days in favour of a piece of law that directly affects them more than anyone.

“It’s sobering that a piece of law that could so positively improve criminal justice outcomes has been voted down on such a narrow margin. Those who would have particularly benefited are young people, Māori and medicinal cannabis patients. Yet people who are not directly affected by the outcome held sway,” says Tuari.

“We’ve heard from so many whānau who are distraught after hearing the preliminary result last week, many of whom have personally faced conviction for their cannabis use.

“The problems caused by prohibition will not disappear by themselves. We cannot stand back and ignore those who carry the greatest burden of the current punitive approach. The Government has a responsibility to find a way forward that honours their experiences.”

The Drug Foundation favours a Government response that keeps legalisation of cannabis on the table in some form.

“In addition, we note the strong mandate for decriminalisation that has been evident in public debates on the referendum: even those who campaigned for a ‘no’ vote publicly accepted that cannabis use should be treated as a health and social issue, and decriminalised.

“Within six months we believe government should take steps to end criminal penalties for those who use cannabis and other drugs, and for those who grow small quantities of cannabis at home for personal use,” says Tuari.

It seems you think eligible voters don’t all have the same rights because the old know best... if that’s the case we would probably still have apartheid! Just because you’re older, doesn’t mean you always know best. It’s quite possible you were lied to, and yes my parents generation and previous generations WERE lied to about Cannabis, that’s a fact. There have been plenty of examples where ’No, does not mean No’, and the government has ignored referendum results before (ie. National with Asset sales). With such a small margin, it’s obvious almost half the country needs and want’s change! I’m interested to know what part of the bill you didn’t agree with, and was decriminalisation one of them? Until then, people who smoke Cannabis, whether for pleasure or self medication will carry on being criminals as before while this archaic and damaging law still stands.

50% + 1 person is a majority. End of. Ask the UK and the European Union. Goodbye. Close but no roach.

You can’t ignore the fact, more than half the country don’t want that change and thats because "we are educated" in the pro’s and con’s and whittled through the propaganda on both sides and still said NO!

Well said. When you look after back over the generations and the damage it has caused and cost the country . . . And your right, this has nothing to do with medicinal use. It’s 2 entirely different, unrelated issues. The recreational use and laws could never have been policed in any way and the resulting carnage would have cost NZ’ers billions of dollars. They can’t even adequately Police our roads, or firearms (no fault of the Police), so add this to the mix and disaster will snowball. To the NZ Government, NO IS NO. There is nothing to consider. Our country has spoken - have you listened?

Give it a rest. The young dont have the life experience of seeing first hand the damage this does looking back over generations. They are currently in a "me/now" phase of life. And as for your comment "medicinal cannabis patients." That has already and justifiably been passed so don’t look for sympathy by using it in this equation.

When you look at the mess a slight majority made of the Brexit Vote with half the country divided for and half against, there was no clear mandate to change. If it had been 66.66666% then the country would have been more in harmony with the result, obviously. I would have preferred a similar margin on the Cannabis vote - so don’t forget, Labour, more than half the country is against it so don’t go fiddling with it again.

This is something that needs revising, you can’t ignore half the country wanting change. If the bill were amended there would be a ’major’ majority for the YES vote It was a fail on the part of politicians, Chlöe Swarbrick is the only one with a moral backbone on these issues in government right now. Shame on these political parties and the NZMA for not educating the masses on the facts and letting foreign interference and old propaganda gain traction!

What is a majority ?

If the result was, say, 53% "for" then that is not a real majority, it is just greater then 50%. The key is in the word itself, "Major". In other words if the result was overwhelming for the legalisation, then a result like 65 to 75% would be a major vote "For" and that would have been "a clear majority" of New Zealander’s wanted change. A possible 51% to 49% result, although technically a majority win, would have been too weak a reason to act upon when opposition to change runs so high.

The result may have been close but it was still a NO. Those trying to change it are a bit like Trump, unable to admit they lost.

What was the point of having the referendum and saying that they would abide by the choice. Majority ruled but yet they say it could change. Well those that voted no, voted no for a reason. The government should stick to their word. NO TO CANNABIS

.....difficulty amongst some groups to accept decisions based upon a democratically decided vote as required in this case by law. Yes the gap has closed, and noticeably, but the result is unchanged. Next time (whenever that is) it may be different, today not so. The responsibility of such groups mentioned in this article is to lobby the government further and maybe (currently ruled out) it may be reintroduced at a later date. As I have exactly the same rights as the spokesperson for the ’Drug Foundation’, I say do not decrimilasise users of this drug for the forseeable future, if at all. To target ’young people AND Maori’ as stated is somewhat concerning, clearly there is an alterior need and problem to be addressed here ...this effects EVERYONE and not just those certain groups......

it dosn’t matter what the difference is, the majority of people said no to legalisation. no means no not yes or mabee