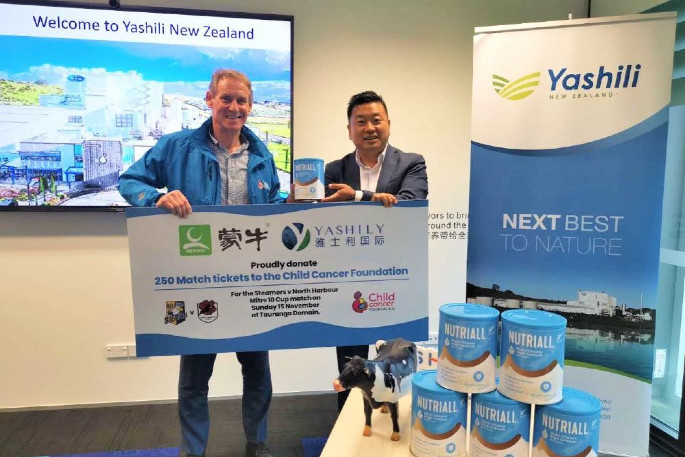 Growing International Partnerships is a strategy that is starting to bear fruit for the Bay of Plenty Rugby Union.

CEO, Mike Rogers’ vision of securing rugby’s future by nurturing the game throughout the Asia/Pacific region took a major step forward in 2019 with the announcement of a Partnership between BOPRU and the China Rugby Football Association.

This relationship with rugby’s governing body in China lead to the formation of the ‘China Lions’ team (including BOP Players) to compete in ‘Global Rapid Rugby’ involving teams from Australia, Malaysia, Fiji, Samoa, Hong Kong and China. Bay of Plenty Rugby Union also hosted the Chinese National Women’s 7s Team as part of their build-up to the Tokyo Olympics.

The arrival of the Coronavirus Pandemic caused the cancelation of the 2020 Global Rapid Rugby Season and the postponement of the Tokyo Olympics. However, New Zealand’s effective management of Covid-19 allowed domestic rugby to resume, albeit under significant financial pressure due to the effects of lock-down.

While border closures impacted upon further engagement with the China Rugby Football Association itself, the Partnership lead to connections with NZ based Chinese businesses keen to support the Bay’s strategy of on-going development of rugby throughout the Asia-Pacific region and also, locally.

Yashili New Zealand Dairy Company is the first business to align itself with the strategy and Partner with BOPRU as Match Day Sponsor for the Steamers last Mitre 10 Cup Premiership home game of the season against North Harbour at Tauranga Domain, today Sunday November 15.

The event is also a platform to raise awareness and funds for the Child Cancer Foundation to support local children and their whanau going through the toughest time of their lives. As a producer of infant formula, the Pokeno based dairy company’s CEO, David Song, saw this as an opportunity for Yashili to give something back to the community by providing 250 match tickets to the Child Cancer Foundation. Yashili NZ Dairy Company is also donating a significant quantity of Nutriall Infant Formula for families in need.

National Partnership Manager for the Child Cancer Foundation, Chris Key, was delighted to receive the donation, which will be given to their hard working volunteers, families of kids with cancers and also as a ‘thank you’ to students of Mount Maunganui College who raised $10,000 by shaving their heads.

Gates open at 11.45am with tickets ranging from just $5 for children (under 5's free) to $20 for adults and are available to purchase online by clicking here.