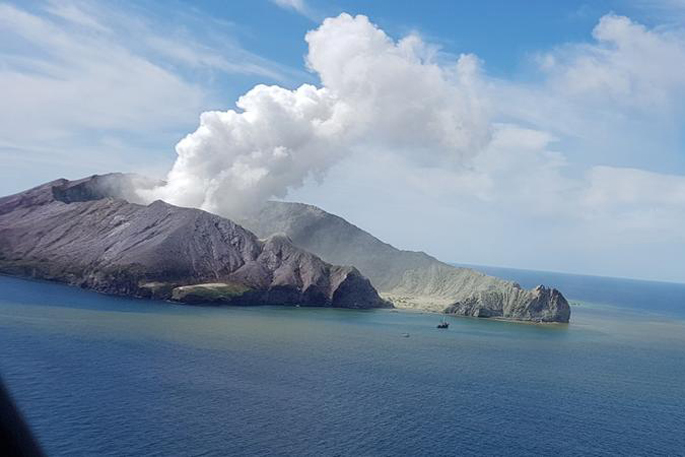 The Volcanic Alert Level for Whakaari/White Island has been raised to Level 2.

New observations this week show small amounts of volcanic ash being carried in the steam and gas plume at Whakaari/White Island and deposited on the island’s webcams.

Following a period of severe wet weather, scientists completed a gas monitoring and observation flight over Whakaari/White Island on Thursday. Some occasional deposits had been observed on some of the islands’ webcams, and a darker than usual plume was also reported at times from the mainland. 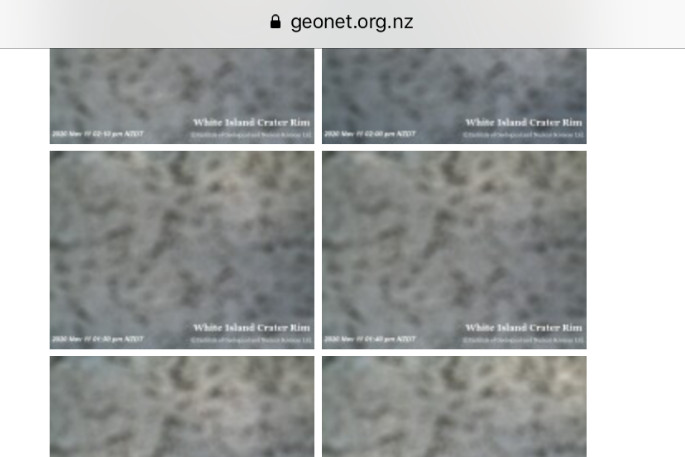 Observations during the flight confirmed the presence of some fine material (ash) in the plume. The fine particles originate from the main steam vent at the back of the crater lake. Initial analyses of the ash particles suggest that it is loose material from around the vent or underlying conduit being carried by the steam and gas emission.

“While the gas output observed on Thursday is higher than recent observations, other monitoring parameters do not show significant changes,” says a GNS Science spokesperson.

“The Volcanic Alert Level is now raised to Level 2 in response to these observations of vent activity and monitoring data.”

Observations from the flight show there is no substantial change in the location and size of active vents. The rainfall has formed a pool of water on the floor of the 1978/90 Crater, re-forming a shallow lakelet.

During the past week, a small sequence of earthquakes has been located close to the volcano and we had several episodes of slightly increased volcanic tremor. None of these observations are unusual for Whakaari/White Island and it remains unclear whether these are just coincidental with the incorporation of material in the plume.

The island volcano erupted on December 9 2019, leaving 21 people dead either on the day or in the weeks following.

Two bodies have never been recovered from the island. Another 26 were injured, most with long roads to recovery.

GNS Science says that during fine weather conditions, moderate to large gas-steam plumes will be seen rising above the island and trailing off downwind.

“Some of the particles may be carried a few kilometres downwind but are unlikely to reach the mainland. Should any explosive activity produce a significant ash cloud, the likelihood of ash affecting the mainland remains very low. The gas and steam plume may be noticed on the mainland as weak acid rain.”

The changes at the vent resulting in the minor ash emissions have not been observed at Whakaari/White Island in 2020 say GNS scientists and indicate a greater level of unrest at the surface.

“There are no indications currently of a substantial change in the overall behaviour of the volcano. The main plausible triggers for a sudden eruption with little or no warning remain the collapse of unstable material in an active vent and the possible ingress of water underground onto the shallow magma body,” says a GNS Science spokesperson.

“Overall, recent observations are consistent with moderate-heightened volcanic unrest and, therefore, the Volcanic Alert Level is raised to Level 2 and the Aviation Colour Code to Yellow.

“The Volcanic Alert Level reflects the current level of volcanic unrest or activity and is not a forecast of future activity.”

GNS Science and our National Geohazards Monitoring Centre continue to closely monitor Whakaari/White Island continuously for changes in activity. Further updates will be provided as needed.