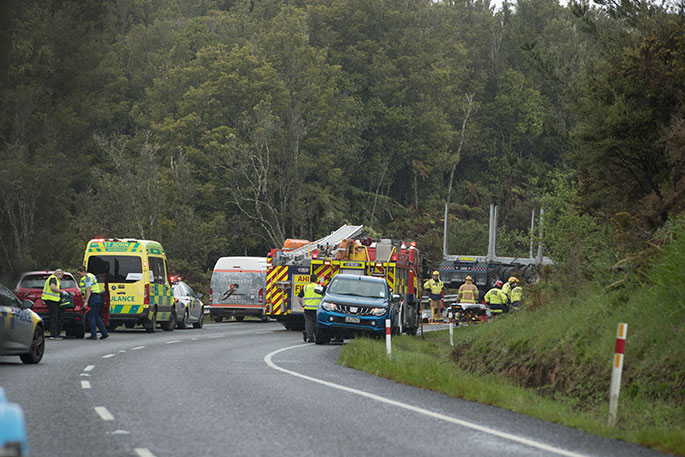 One person died and another was critically injured following the crash on SH36. Photo: John Borren/SunLive.

Police are appealing for information following a fatal crash on a Bay of Plenty highway.

One person died and another was critically injured in the collision between a silver Mazda Demio and a logging truck on State Highway 36, between Mangatoi Road and the TECT Park, about 9am on Wednesday, November 4.

The driver of the Mazda died at the scene while a passenger in the same vehicle was transported to Waikato Hospital, says a police spokesperson.

“The truck driver was uninjured.

“While the vehicle was initially travelling toward Rotorua, it turned around and headed back toward Tauranga prior to the crash.”

Police are continuing to investigate the cause of the crash.