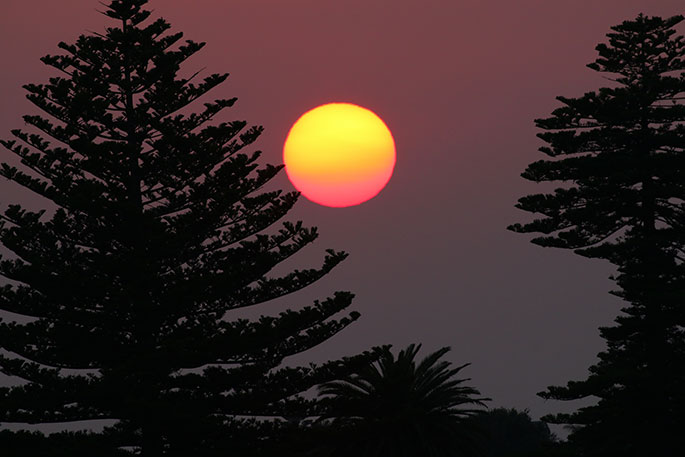 A large high is rolling in and as it does it has two ways of lifting temperatures to 30 degrees in both islands.

Firstly, as the high shifts northwards it will allow a windy nor'wester to kick in, says WeatherWatch.co.nz

"This nor'wester started yesterday and kicks in more so today, with a chance of gales in the mountains, ranges and about Cook Strait.

"Secondly, as the north to north west flow kicks in it will also bring down sub-tropical airflows on Friday." 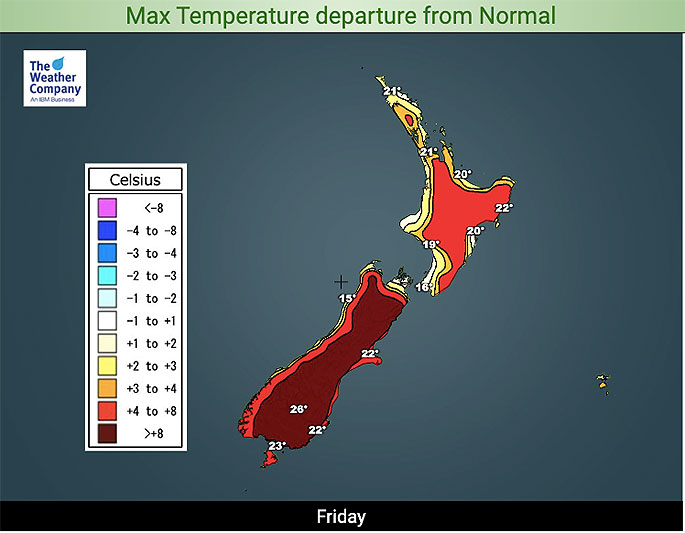 WeatherWatch.co.nz and RuralWeather.co.nz are both forecasting highs in the mid to late 20s in many regions with some inland areas making it to 30 degrees on Friday.

"While the daytime maximums will be well above normal, the nights in the north won't be. With high pressure bringing light winds the nights in rural Auckland and inland Northland will actually be a few degrees below normal for this time of year tonight.

"Friday night will be a couple degrees below normal for inland Northland before milder air comes in this weekend there." 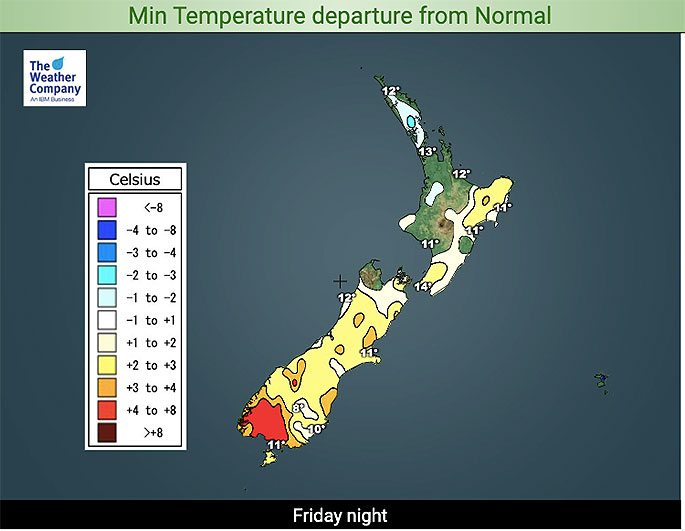 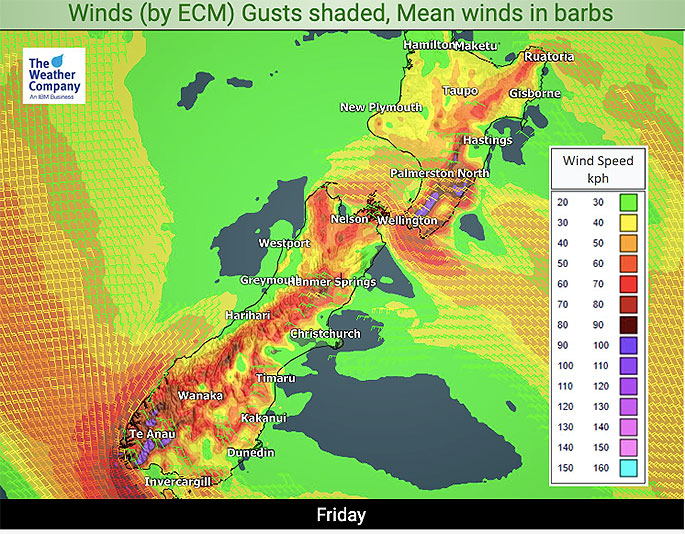