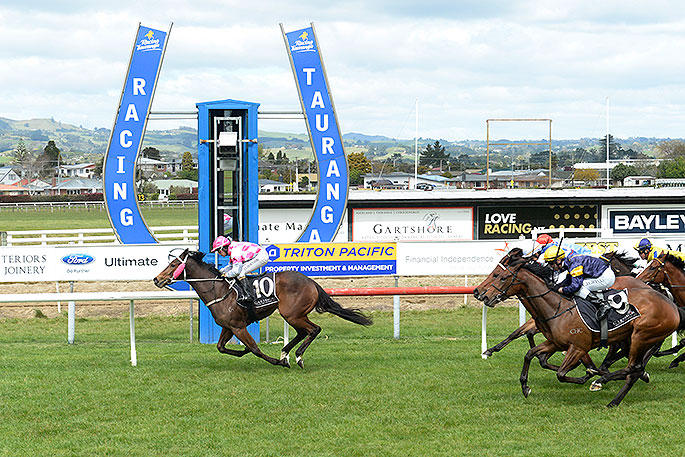 A quality field will present itself for the Group 2 Gartshore Tauranga stakes at Tauranga Race course on Saturday.

Leading the way is the Roger James trained Concert Hall, who won its last start over the same distance (WFA over 1600m) in Wellington three weeks back.

"The Baker Forsman trained top weight, True Enough, has won over half a million dollars with 9 wins and will be well favoured.

"The lightweight Siracusa has been impressive, winning its last three starts and looks a good each way bet."

Andrew says top weight London Express will be well favoured for the Tauranga Hardware and Plumbing open handicap over 1400m.

He says the classy mare has been racing without luck.

"But don’t dismiss Battle Time, who saves its best for Tauranga and could prove hard to get past.

"Raposa Rapida is another that comes into this race with good form finishing 3rd and 1st in its last two starts.

"A number of local trainers have horses entered and they always do well on their home track."

The nine race programme gets underway at 12.20pm and will be raced in front of a big crowd.

The annual Christmas at the Races has all hospitality areas sold out with only general admission available.

The rain this week has the track on the soft side but with the fine weather now forecast, its should produce a good racing surface, says Andrew.