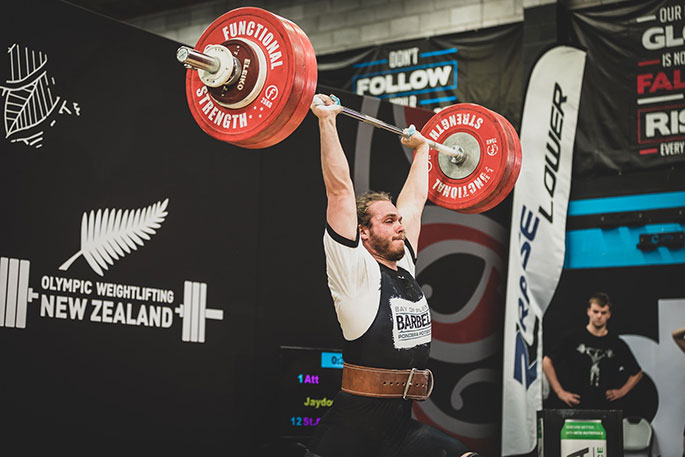 Tauranga's Jaydon Buckley will be representing the Bay of Plenty Barbell Club this weekend. Supplied photo.

Some of New Zealand’s best Olympic weightlifting athletes will be competing for gold in Tauranga this weekend.

The event is free to attend, and will be held at Trustpower Baypark Arena in Tauranga from 13 to 15 November.

“This event brings together over 120 of the country’s best athletes and their supporters to the Bay of Plenty region,” says Richie Patterson, President of Olympic Weightlifting New Zealand.

“We have a lot of skilled athletes in New Zealand, several of which are well-placed to compete at the Tokyo Olympics.

"While it’s unfortunate that the Olympics has been postponed, we’re thrilled to host a National Championship event to showcase the dedication that all of our athletes have maintained throughout a year of uncertainty.”

Richie says the sport has seen impressive growth over the last few years.

"We have a near-equal ratio of male and female athletes, a diverse age range and some standout youth athletes who are increasing the competition across the board."

He says the Bay of Plenty community has been very supportive, and an event like this couldn’t happen without the generous contributions of our sponsors and funders.

“Hosting a competition at a facility such as Trustpower Baypark Arena makes it much more accessible to everyone. We’re encouraging those who are new to the sport - or perhaps life-long fans - to come support our athletes this weekend.

“As we look to the future, our goal is to bring international-level competitions here, such as Oceania or Commonwealths competitions.

"In the meantime, we’re looking forward to hosting the biggest weightlifting event of the year."

The event will also be live-streamed in partnership with Sky Sport Next for the second year running.