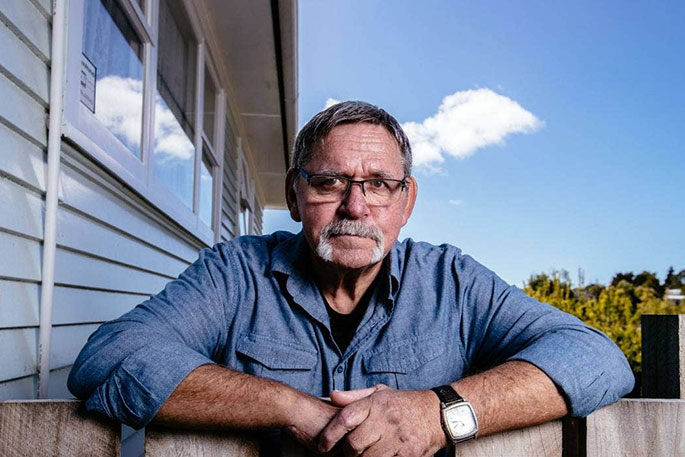 David Tamihere outside his home in Auckland. Tamihere has always maintained he did not kill Swedish tourists Urban Hoglin and Heidi Paakkonen. Photo: Abigail Dougherty/Stuff.

Convicted killer David Tamihere is asking the Court of Appeal to order TVNZ to hand over footage it shot of the Coromandel region as part of a documentary on the murders of two Swedish tourists.

Tamihere was convicted of murdering Urban Hoglin and Heidi Paakkonen who went missing on the Coromandel Peninsula in 1989.

He was sentenced to life in prison and released on parole after serving 20 years.

Tamihere has always maintained his innocence and was granted the legal life-line of a Royal Prerogative of Mercy after it was signed off by Cabinet and the governor-general in April.

The rare legal move means Tamihere's case will again be referred to the Court of Appeal for reconsideration, 30 years after he was found guilty.

Tamihere has applied for a court order to force TVNZ to hand over footage held by TVNZ of a helicopter flight he took in 2012 over Crosbies Clearing and the Wentworth Valley in the Coromandel.

On Wednesday, the Court of Appeal ruled that Tamihere can have a hearing to decide whether the footage should be handed over.

The court noted TVNZ still holds the footage and the Crown does not oppose.

Tamihere’s lawyer, Murray Gibson, argues the footage is relevant to his client’s case and in the public interest. He said the footage would give the court a sense of the area.

The court says it's satisfied the disclosure hearing should happen.

“It is at least broadly relevant to one of the grounds of the reference (being the potential inconsistency between the discovery of Mr Hoglin’s remains in the Wentworth Valley and the identification evidence placing Mr Tamihere in Crosbies Clearing).”

The date for the hearing has yet to be set down.