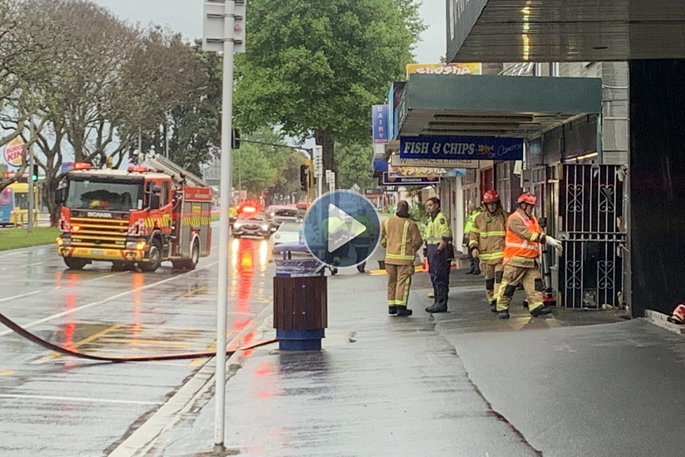 A Tauranga building has been completely gutted following a blaze overnight.

Eight fire crews were called to the fire, which used to be the premise of Sam’s All Day Café and Fish and Chips, near 4th Ave, at 5.45pm. 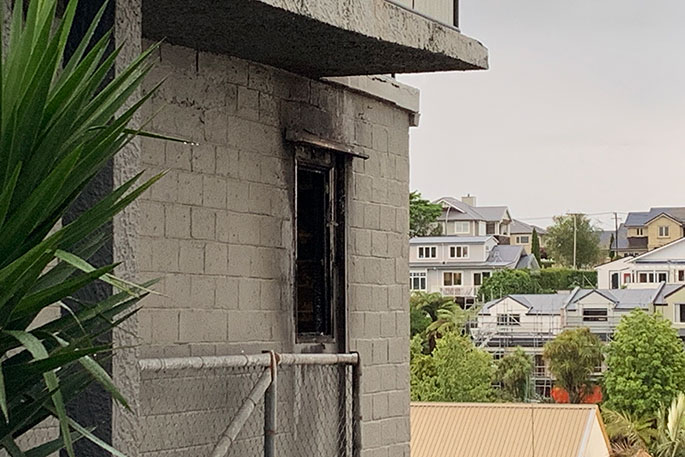 The building was on Cameron Road, near 4th Ave.

He says no one was inside the building when it was ablaze.

Craig says fire safety investigators are still working on determining the cause of the fire.

“The fire is currently being investigated,” he says.

Witnesses to last night’s fire say police were at the scene, along with fire crews.

A section of Cameron Road was closed from about 6pm to 7.30pm, while firefighters extinguished the fire. 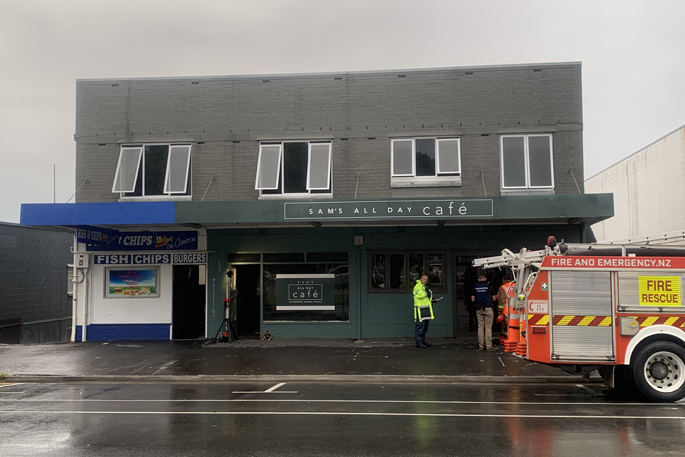 Really? Maybe they were trying to make some fish & chips... :-) I was going to the Indian across the road and saw the tail end of the fire as it was extinguished. (Brilliant job by the Fire Service BTW...)

There have been squatters in this building for a long time. Police were not interested and said they weren’t doing any harm. Despite trashing the place and hiding in there from Police.