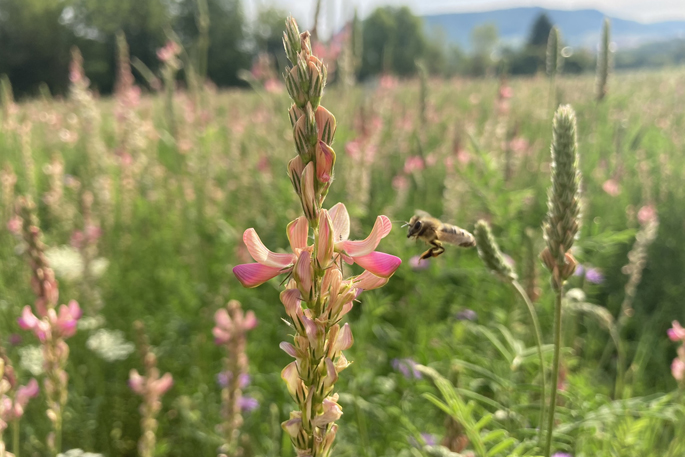 The study, published in Science Advances, shows increasing plant biodiversity could help reduce the need for pesticides in agriculture.

The team of researchers used two long-running grassland biodiversity experiments in Germany and the US.

They collected data from these areas over two years, studying the natural food webs in monocultures (areas with a single plant species) and biodiverse grasslands.

“Our findings demonstrate how conserving biodiversity in production landscapes could help balance environmental and economic benefits through natural biological control of pests,” he says.

Biodiversity – the biological diversity of all species on Earth – is crucial for maintaining ecosystems in planted and natural grasslands. With agriculture intensifying to feed the world’s growing population, grasslands are under pressure to support more crop production and livestock.

Insect herbivores cause an estimated 18-26 per cent loss in global crop production, which has driven significant growth in the use of environmentally harmful pesticides. The intensification of agriculture and pesticide use is reducing biodiversity in many parts of the world.

Their feeding rate (per gram of plant biomass) was 44 per cent lower than in monocultures.

“That ultimately means that where multiple species are planted together, this will yield more total plant biomass per square meter, and each individual plant in diverse mixtures will receive lower damage from herbivores,” says Andrew.

Heavy use of insecticides can lead to rebounds of herbivore pests by destabilising their natural enemies.

“Moving forward, we will be focusing on understanding how biodiversity enrichment in New Zealand agricultural systems could enhance herbivore pest control under future climate change scenarios.”

The paper, Biodiversity Enhances the Multitrophic Control of Arthropod Herbivory, can be viewed here.