Man that died swimming at the Mount named 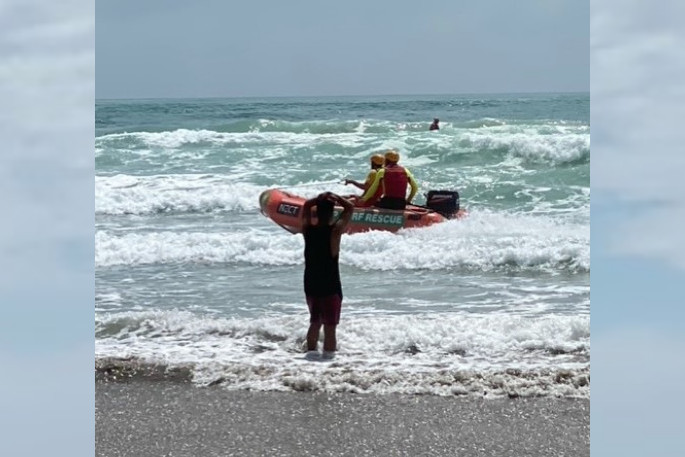 Lifeguards in IRBs had been assisting with the search. Photo: Colin McGonagle

Tauranga Police can now confirm the identity of the body found on Papamoa Beach this morning.

He was Michael Joseph Finekifolau, aged 22, of Auckland.

The man failed to return to shore just after 10am on Saturday after swimming with two others at Marine Parade.

Police and lifeguards had been searching for the swimmer over the weekend, but were unsuccessful.

Volunteer Surf Lifeguards assisted in the recovery of the body of Finekifolau, which took place on the third day of the search.

The body was found by a member of the public near Kawera Parade at 7am this morning.

"Police would also like to thank those involved in the search operation over the weekend including Surf Life Saving New Zealand members from the Mt Maunganui Lifeguard Service and Omanu and Papamoa Emergency Call-Out Squads."

Finekifolau's death will be referred to the Coroner.