Vintage car day open to all 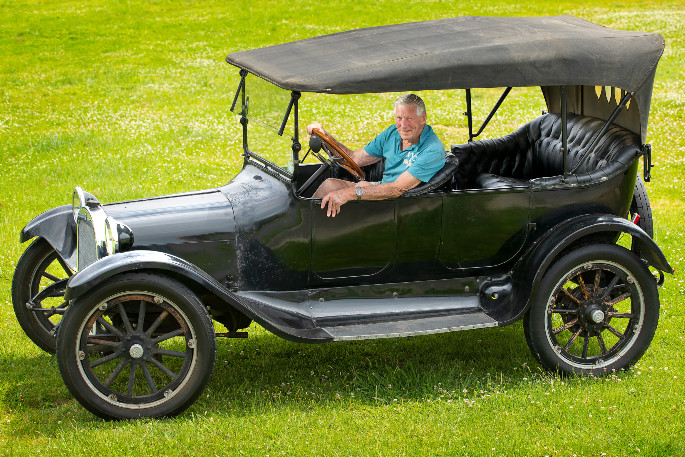 A 1914 Dodge car used recently in the filming of the upcoming Jane Campion movie ‘The Power of the Dog’ will be on show at the BOP Vintage Car Club’s family day happening on November 8.

The vehicle is owned by Murray Toms from Tauranga and ended up being used in the film after another of his Dodge cars caught the eye of movie crew while he was on a road trip around the South Island.

While we can’t tell you much about the movie at this point, Murray can say that for most of the filming the 1914 car was left in second gear to make life easier for the actor driving it.

Along with the ‘celebrity’ Dodge, the BOP Car Club will have a large collection of other vintage, veteran and classic vehicles on display including a 1969 Mirage Formula Ford, one of the oldest still being raced in New Zealand.

The day will include a swap meet, vintage car rides for the public, and a supercar simulator for visitors who want to test their driving skills on the famous Bathurst track.

Club captain Kaaren Smylie says hot food, drinks, and ice creams will be available along with a free bouncy castle and mini-car rides to keep the kids entertained.

The BOP Vintage Car Club has about 400 members and you don’t need to own a club-eligible vehicle to become a member.

The family day will be held at the club’s Cliff Road, Tauranga, premises from 8am-2pm.

Anyone is welcome to attend.