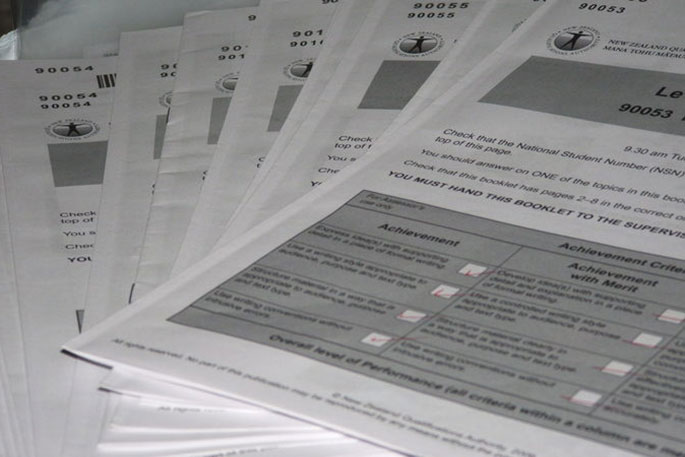 The Qualifications Authority is considering using computer systems to monitor students for possible cheating while they sit online NCEA exams.

It says the artificial intelligence systems could make it easier for small schools to offer exams.

Universities used the systems, also known as artificial proctors, for some of their online exams last month with varying degrees of success.

She says the schools sometimes could not meet NZQA's requirements for providing supervisors or storing exam papers securely, so their students have to sit their exams at the nearest secondary school.

"The opportunity with remote supervision is that the human supervisor can be supported by the digital tools to have a digital exam being run from a kura. That means those students can sit their exams where they're in a familiar environment."

He says it appears to be a good idea for kura and their students.

"We at Ngā Mokopuna, we would certainly welcome that because our number one examination centre is in the city and that's going to mean that we don't have to transport students to and from, we'll be able to do everything on-site, it'll be a lot more comfortable for the students.

"For remote kura, they're going to jump at the opportunity because some of them have to travel quite significant distances to get to an examination centre."

The Qualifications Authority says 20 English-medium schools and 50 kura had to work with other schools because they were not registered as exam centres.

It says 16 kura are exam centres.

It says decisions on whether a school or kura could become an exam centre are based on candidate numbers, proximity to another centre and whether they had the infrastructure to support an exam.

Feedback will be sought

Andrea Gray says the Qualifications Authority wants to talk next year with students about what they thought about online invigilation.

"We plan to talk with Māori and Pacific students in particular about what would make that an acceptable and reasonable experience, having remote supervision supported by a person. We're also looking at trialling some tools to see how they work in practice.

"We need to understand what it feels like if you're a student with a machine checking what you're doing. I think that's going to be something that some students will respond very well too, other students may feel anxious about and so if they feel anxious we would have to then think about what we would put in place to make that viable."

Andrea says the authority will also talk with universities and professional bodies that had used online invigilation.

Victoria University tested an online system in nine Commerce exams but ran into technical problems, while at Massey University, 1200 students completed more than 1880 exams under the virtual eye of an online invigilation system.

Massey University says: "Six cases were tagged as possible integrity matters requiring further investigations. They were assessed by the university's Academic Integrity Officers and not all of them were determined to be integrity violations."

"The university commissioned an evaluation of staff and students' experiences following these exams and there was a high level of confidence in the support we provided prior, to ensure both staff and students were familiar with the extra proctoring steps."

Meanwhile, Andrea says it's not planning to do away with human invigilators.