Turbulent weather in the coming days 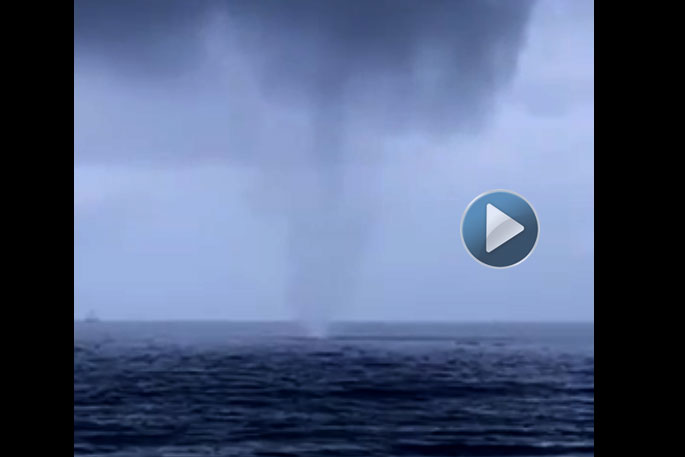 MetService is forecasting today’s turbulent weather to set the trend moving into the coming weekend.

Heavy Rain Warnings and Watches are scattered across both islands today as a warm, humid, intense weather system crosses the country.

Northeastern regions including Northland, Auckland, Coromandel Peninsula and Bay of Plenty are the places to watch, where heavy rain coincides with an elevated risk of thunderstorms this evening."

Already today, SunLive has received several photos of waterspouts off the BOP coast and photos of a funnel cloud in Papamoa.

Karamaina Goodall sent us a video this afternoon of a waterspout she filmed while at her in-laws place in Mount Maungnaui.

A waterspout is an intense columnar vortex that occurs over a body of water. Some are connected to a cumulus congestus cloud, some to a cumuliform cloud and some to a cumulonimbus cloud. In the common form, it is a non-supercell tornado over water. 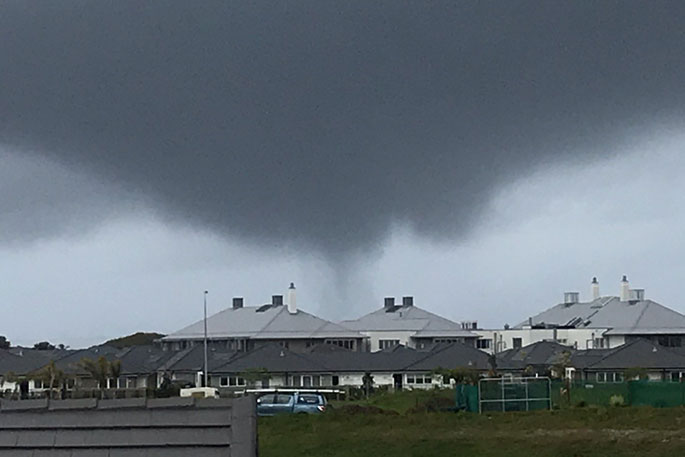 A funnel cloud caught on camera in the Papamoa area this morning. Photo: Jake Wanhill.

In a statement released this afternoon, the MetService says there are strong northeasterlies foreccast to accompany the heavy rain for the upper North Island, where strong wind warnings and watches are also in place.

Gusts over 100km/hr are expected for exposed areas, particularly in the Auckland region.

Meteorologist Tahlia Crabtree advises people to take care when driving in the wet and windy conditions, and keep an eye on updates from NZTA.

Fireworks enthusiasts are urged to take caution, as strong winds are expected to continue into the evening.

A relatively settled period of lighter northerlies and showers follows on Friday.

However, a low pressure system brews in the Tasman Sea ready for the weekend. 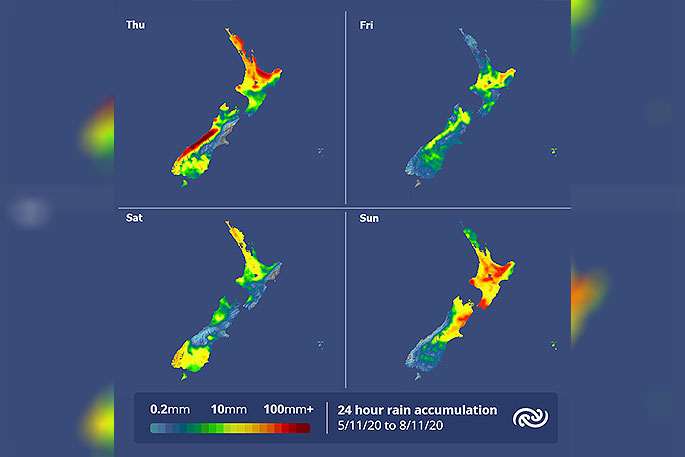 Rain gradually spreads across the country during Saturday as the next weather system approaches.

Southerlies are expected to drive periods of rainfall into eastern regions of both islands from Sunday onwards.

The combination of rain and cold air will likely see snowfall about the Alps and high country regions, says the MetService.

The cold shift will bring a notable drop in temperatures across the South Island on Sunday, where eastern urban centers will struggle to climb above low teens.

Muggy nights are expected to continue across the North Island this weekend, with the cooler air set to bring relief on Monday.