Anglers hooked for no licence offences 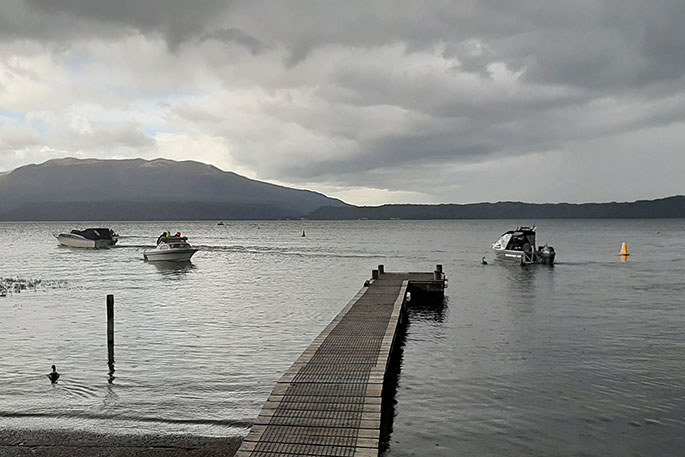 Anglers venture out onto Lake Tarawera, most are fully compliance with the rules. Supplied photo.

The new trout fishing season has attracted plenty of anglers eager to catch trout in lakes and rivers around the Eastern Fish & Game region.

The season opened on October 1.

Fish & Game Rangers, who have been checking anglers around the region, have found most anglers are enjoying their fishing experiences with some good catches reported.

However, Fish & Game staff are disappointed to find that less than one month into the season they have dealt with seven anglers for fishing without licence offences, and another two for offences including giving false information to a ranger and fishing in closed waters.

While most of these offenders have been found in the Rotorua Lakes area, two were found over Labour Weekend fishing without licence on the Waioeka River in the Eastern Bay of Plenty.

Fish & Game Officer Anthony van Dorp says what is most disappointing to find, is that most of these people had made trips specifically to go trout fishing.

"Many having travelled considerable distances in the process, but they simply had not bothered to get themselves fishing licences before going fishing.

“This is just plain slack and totally unacceptable, and is not a good start to the new season."

Fish & Game reminds anglers that anyone who fishes for trout without a licence faces a fine of up to $5000, and forfeiture of the fishing gear they are using.

Fish & Game will continue to check anglers for compliance with licences and other regulations, and anyone found fishing without a licence can expect to face the consequences, which can include a court appearance.

It's also useful to remind anglers that all costs of providing and maintaining trout fisheries are met by licence fees paid by anglers, it’s a user pays system without Government funding.

"On a positive note, by far the majority of anglers we talk to are doing everything right, have fishing licences, and are enjoying the great opportunities our trout fisheries offer which is very encouraging."