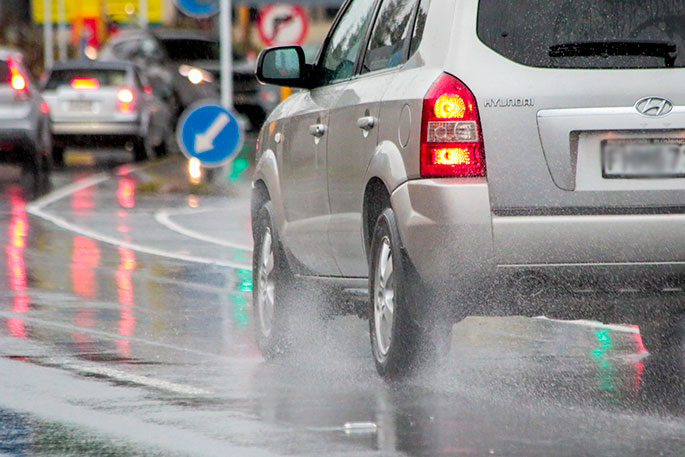 People are being advised to drive to the conditions. File photo.

A heavy rain warning and strong wind watch remain in force for the Bay of Plenty today.

The MetService is predicting a few showers to turn into rain from late morning.

It says heavy falls are expected to develop later on, with northeasterlies becoming strong, possibly turning to gales,

"A moist northerly flow with embedded fronts affects the country today and tomorrow.

"Heavy rain and strong winds are likely for many upper North Island areas."

The MetService says people are advised to keep up to date with the latest forecasts in case further Warnings are issued, and if any of the Watches are upgraded. 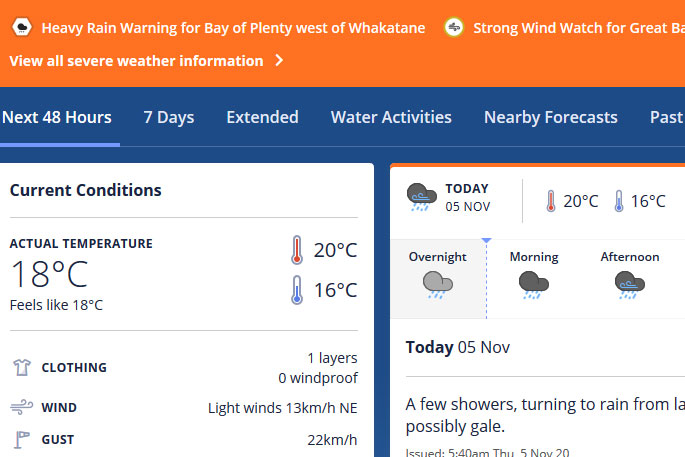 Area: Northland
Valid: 8 hours from 8am to 4pm Thursday
Forecast: Expect 60 to 70mm of rain, especially in the east. Peak rates could briefly reach of 20 to 30mm/h during the period.

Area: Bay of Plenty west of Whakatane
Valid: 12 hours from 1pm Thursday to 1am Friday
Forecast: Expect 80 to 110mm of rain. Peak rates of 15 to 25mm/h expected.
Changes: Split western Bay of Plenty on its own as the heavy rain should start and finish much earlier than in the east.

Area: Bay of Plenty, from Whakatane eastwards
Valid: 13 hours from 7pm Thursday to 8am Friday
Forecast: Expect 80 to 110mm of rain, possibly more about the ranges. Peak rates of 15 to 25mm/h expected.

Area: Westland south of Otira
Valid: 26 hours from 9pm Wednesday to 11pm Thursday
Forecast: Expect 150 to 200mm of rain about the ranges, with 70 to 100mm nearer the coast. Peak rates of 20 to 30mm/h expected during Thursday about the ranges.

Strong wind gusts could damage trees, powerlines and unsecured structures. Driving may be hazardous, especially for high-sided vehicles and motorcycles.

Area: Headwaters of the Canterbury Lakes and Rivers
Valid: 13 hours from 10am to 11pm Thursday
Forecast: Periods of heavy rain. Rainfall amounts may approach warning criteria (eg 55 to 65mm in 12h). Note that heavy rain is expected about and west of the divide and a warning is in force for Westland.