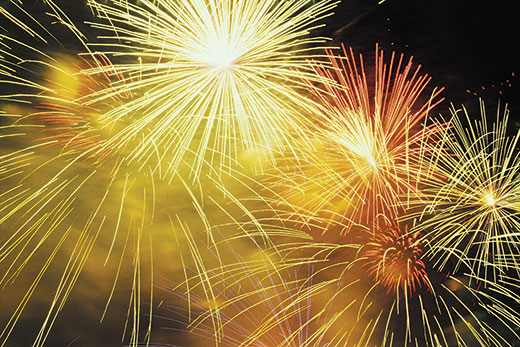 To dogs, cats, and other animals, Guy Fawkes Night may seem more like The War of the Worlds than a celebration.

Noisy fireworks are frightening to animals, who don't realise that the explosions are meant for entertainment and aren't a sign of danger.

“Many of these animals panicked and ran away from their guardians, and some may even have jumped through windows to get away from the terrifying sounds.

“Lucky animals are reunited with their families, but others aren't, and some sustain serious injuries or even die from their attempts to escape from the noise.”

The animal rights organisation says many dogs and other animals arrive at shelters or veterinary clinics with their paws bloody from running, their skin scraped by tearing through gaps in wooden fences, and injuries sustained after dashing into roads and being hit by vehicles.

“Additionally, small animals often seek out warm nests - which could include a leafy bonfire pile.”

PETA has issued advice on how to keep pets safe this Guy Fawkes.

Maybe 415 years is enough to get over it.

In my lifetime I have seen the gradual decline of Guy Fawkes night and it probably is time we considered forgetting it, or at least allowing only controlled displays on November 5th. I guess there are times when we all wish we could blow up Parliament and sympathize with the grisly end Guy and his friends came to, but the negative effects are probably outweighing the "fun" now. Most kids (boys especially) like explosions, but those same bangs affect our pets very negatively. Perhaps it is enough for the family to "ooh!"and "ahh" at a professional display then call it a night. I’ll be sorry to see it disappear altogether, with many happy memories around various bonfires, but there is a good case for letting it go.

I wish places would stop traumatizing animals and people with PTSD with fireworks. Light shows are a safer alternative.

My little Min Pin mix is terrified of fireworks. I really wish people wouldn’t set them off in neighborhoods at least.

Keep your pets safe while we joyfully celebrate this terrorist attack. Money that people can’t afford to lose goes up in smoke. Wonder how many took a much needed Covid19 handout?