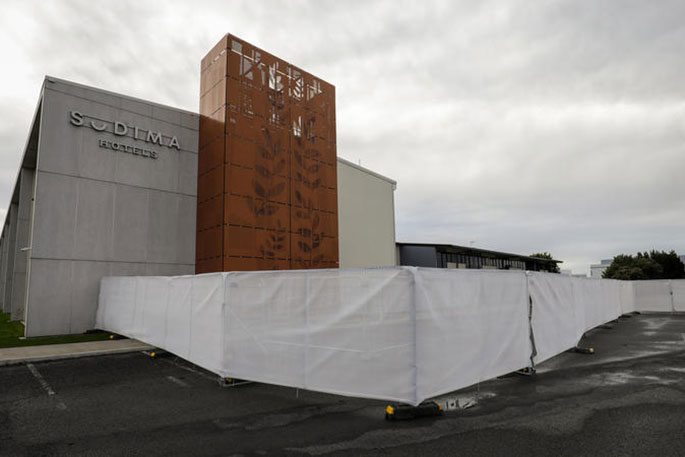 The Sudima Hotel in Christchurch which is being used as an isolation facility. Photo: RNZ / Nate McKinnon

The Ministry of Health has confirmed a second worker at the Sudima managed isolation facility in Christchurch has tested positive for COVID-19.

The person is a close workplace contact of the case reported on Monday.

As the person works at the facility and is not a returnee they are treated as a community case, says the Ministry.

"Both this case, and the one reported on Monday, came into contact with the international mariners in the course of their duties, including some of the 31 mariners who have tested positive to COVID-19 and who remain in quarantine.

"The individual was tested as part of the routine testing for staff in the facility and returned a negative test on Thursday, October 29.

"They are asymptomatic and were retested after being identified as being a close work contact of the case reported on Monday and a positive result was received on Tuesday."

The person is now in isolation at home and transfer is being arranged to a managed isolation facility.

The Ministry says the initial assessment is that there are only two close contacts of this current case, both household contacts, both are now being tested and both are in isolation at home.

"At this stage, the Ministry is not advising of any need to change the current approach. Both cases have limited numbers of contacts and the incident is currently well contained.

"Those precautionary measures have included additional tests – up to four tests for some individuals - and an already lengthened stay in managed isolation."

The genome sequencing of the case announced on Monday is not expected to be completed until this evening and will be reported today.

Further details of the case if available, and the actions taken in response will be provided in the Ministry’s 1pm update.