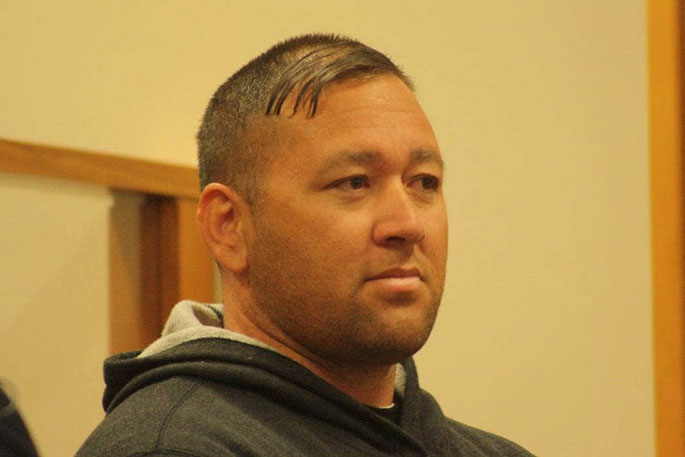 Insanity is not a defence available to the man on trial charged with the murder of his toddler daughter, according to the clinical director of the Henry Rongomau Bennett mental health centre.

Aaron George Izett is on trial at the High Court in Rotorua facing a number of assault and wounding charges, and one charge that between March 20 and March 21 last year he murdered Nevaeh​ Ager at Little Waihi in the Bay of Plenty.

“Mr Izett accepted he killed his daughter, he accepts he’s responsible for her death ... the physical act is not in dispute,” defence lawyer Nicholas Chisnall said.​

The Crown alleges Izett, a regular methamphetamine user, killed his daughter in a “meth rage” after assaulting her with a weapon or weapons then placing her in the estuary behind their home to drown.

On Monday, the 10th day of the trial, evidence was given by Dr Peter Dean, clinical director and psychiatrist at the Henry Rongomau Bennett Centre, about whether Izett had a “disease of the mind” or was insane at the time of the killing.

“He was certainly very disturbed. Tied to a bed, there were police officers around him, he was very angry and aggressive, and the second time [Dean saw him] he was nothing like that and this was only 10 days later, and he had not been treated with medications you use to treat psychosis.”

Dean said the only treatment Izett received was in the form of sedatives to put him to sleep, and “these aren’t medications we use in mental disorders”.

“He wasn’t treated with regular anti-psychotic medicine and he got better.”

Dean said he believes Izett’s erratic behaviour at the time “was as a result of his methamphetamine use”.

Evidence was also heard from forensic psychiatrist Dr Justin Barry-Walsh, who spoke of the complicating element of Izett’s drug use when trying to make a clinical judgement on his mental health.

“This man was in a very disturbed state when he was arrested ... he got better without regular treatment,” he said.

“He improved in a way that’s consistent with someone whose symptoms were mostly due to methamphetamine and cannabis.”

Barry-Walsh said there was “no dispute this man was in an abnormal mental state at the time of the alleged offending”.

“He didn’t realise what he was doing was wrong? It’s certainly possible.”