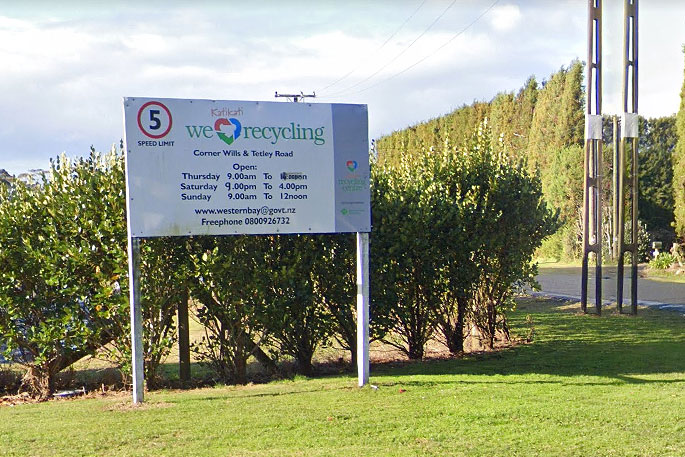 The closure will be from Monday, November 9. Image: Google Maps.

Katikati Recycle Centre will be closed from Monday, November 9, until Friday, November 20, for the urgent resurfacing of its premises.

The Athenree Recycle Centre at 64 Steele Road, Athenree will extend its hours to cater for customers.

This requires a 10-day curing period. Katikati Recycle Centre will be open to the public again on Saturday, November 21, says a spokesperson for the Western Bay of Plenty District Council.

"To enable people to continue recycling on these same dates, Athenree Recycle Centre will be open for extended hours, from 9am to 4pm, for recycling and greenwaste disposal.

"The Omokoroa Greenwaste drop-off site at 336 Omokoroa Road can also be used for greenwaste disposal on Wednesdays and Saturdays from 2pm to 4 pm.

"Western Bay of Plenty District Council apologises for the inconvenience, but it is necessary to get the rear area of the centre resurfaced in time for the busy Christmas holiday period."

A point duty officer will be at the gates of the Katikati facility on the days that the centre would normally be open to the public while the work is being done, to ensure no one enters the site during the normal opening hours.