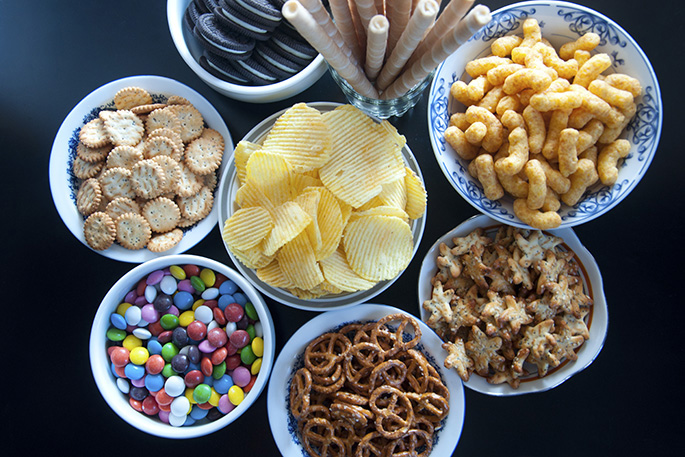 New Zealand children consume almost half of their energy intake from ultra-processed food by 12 months old, with consumption rising even higher by the time they turn five.

That’s according to new research by the University of Otago’s Edgar Diabetes and Obesity Research Centre, published in the Journal of the Academy of Nutrition and Dietetics.

Researchers analysed dietary information from the Prevention of Overweight in Infancy study, which studied more than 800 Dunedin children from birth over the past 10 years.

By 12 months old, children derived 45 per cent of their dietary intake from ultra-processed food, which increased to 51 per cent by the age of five.

Lead author Louise Fangupo says food preferences and eating habits often develop early in life and can track right through childhood and adolescence into adulthood, so developing healthy habits early has both short and long-term benefits.

"Ultra-processed food, which is usually described as inherently unhealthy, has received a lot of attention in scientific and other literature recently, but until now nobody has investigated its contribution to the diets of very young New Zealand children."

Ultra-processed foods are typically energy-dense products that are high in sugar, unhealthy fats, and salt, while being low in dietary fibre, protein, vitamins and minerals.

A food’s ultra-processed categorisation refers to the extent and purpose of the food processing and is not always a reliable indicator of its nutrient content or dietary quality.

For example, yoghurt can either be a minimally-processed product, or laden with sugar, flavours and additives.

Bread and crackers are considered acceptable under relevant nutrition guidelines, and may be served as part of meals or accompanying items such as sandwich fillings or dips, which likely contribute useful nutrients to children’s diets.

Louise says she hopes parents will realise that while ultra-processed food often has a bad reputation, it is unnecessary - and probably unrealistic - to expect to be able to completely avoid it when feeding children.

The research results do not indicate any link between demographic factors and children’s ultra-processed food intake, she says.

"Ultra-processed foods are often described in literature as being ‘cheap’ so it might have been reasonable to wonder if intake would be greater among families living in more disadvantaged areas.

"However, these findings indicate that demographic factors are not predictive of children's ultra-processed food intakes but they are instead commonly consumed by children from a range of backgrounds."

And most parents would be hard pressed to totally deny them. It needs to be a gentle education of the children with healthier alternatives available. Parents enthusiastically eating fresh food can also affect the perception of children. Kids are much more likely to eat an apple or a carrot if they see Mum or dad doing so with gusto...

Advertisers and supermarkets get away with promoting all this bad stuff. Read the labels. We allow the likes of Halloween which is just sugar overload. We have whole supermarket aisles dedicated to soft drinks and snacks. Products are promoted as fat free but full of sugar, or sugar free full of chemicals like aspartine. No wonder we are experiencing higher volumes of health problems with younger people. We think Covid is a problem. It’s nothing compared to what’s looming ahead with the amount of junk we eat today.