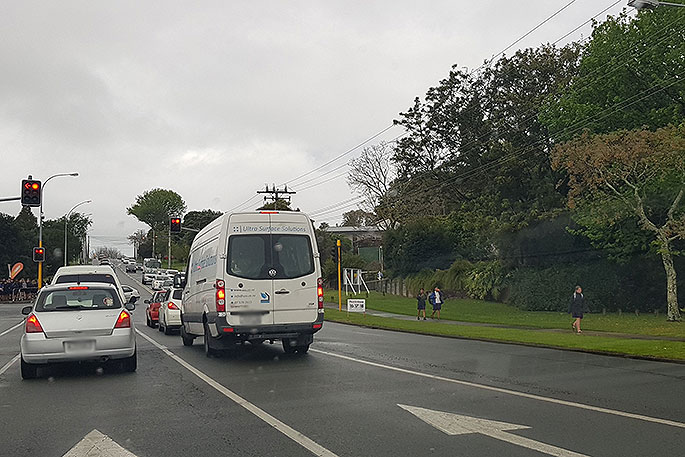 The council is proposing to reduce speed limits in areas of high traffic volume, mixed with cyclists and pedestrians. Supplied photos.

Tauranga City Council is seeking to change the speed limits on a number of local roads and near some of the city’s schools, and is asking the community for their feedback on the proposed changes.

Director of Transport Brendan Bisley says the reduced speed limits and 40km per hour variable speed limits around school environments will improve safety and provide consistency with the speed limits on similar roads in the city.

“As our city has grown, some of the higher speed limits that are in place are no longer appropriate with the higher density of housing, vehicle volumes and the mix of cyclists and pedestrians using the streets.

“Reducing the speed limits on these key roads and around the school environments will achieve significant safety benefits for the community.” 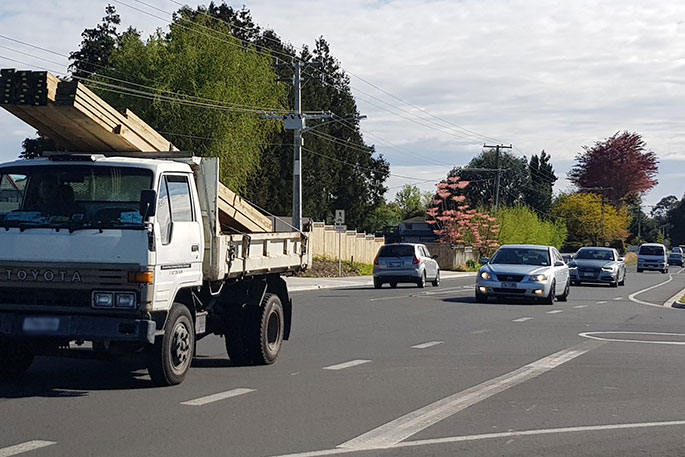 The proposed 40km per hour variable speed limits mean that the speed limit will reduce to 40km per hour for a 30-45 minute period around school opening and closing times, when traffic and pedestrians peak around the school area.

They will revert back to the regular speed limit outside of those specified times.

Well Nick evidence isn’t necessarily collected by council so how will they know?. Perhaps a death may work ? On Pyes Pa road pedestrians getting across the road to shops is very difficult . There have been several car accidents, the crossing island demolished several times and no crossing linking up to the pedestrian entrance either. People often stranded in the middle of the road as traffic speed makes it impossible to time crossing. Petitioned council over a year ago so the reduction of speed well overdue. Its just too busy a shopping centre and road to sustain 60 kph The difference to 50 will hardly make a difference to traffic but will for local pedestrians and kids. Aquinas college busy too

To drop some speeds by as much as 20km in some areas seems unreasonable,I can see a raft of speeding fines,so there is going to be a host of disgruntled motorists.

Decisions like this should be strictly evidence base, Like How many incidents are on these roads? or is it just people complaining like usual that’s prompted the change? There is no point doing things for "Safety" if no one has been in danger.....

while they are at it, put some road markers up to stop morons cutting corners into cycle lane on welcome bay road. i have witnessed several near misses where these morons have nearly run into cyclists.

Especially speeds outside schools the variable reduction is long overdue. I hope you use those big orange light-up signs around ALL schools. This one shouldn’t even be a question or out for consideration. Perhaps look at the speed limit at Memorial Park down to the pools too. It’s posted speed is 20kmh then speed up to 25kmh as you get to the speed hump by the pools where most kids will be hyped up running around talking and concentrating on their adventure/big day out.

Long overdue. As long as speed is well sign posted and no confusion regarding variable times. Particularly pleased for my area where a petition seemed to have been ignored. So finally some sense , get on with the changes asap