Testing out a lime scooter around town 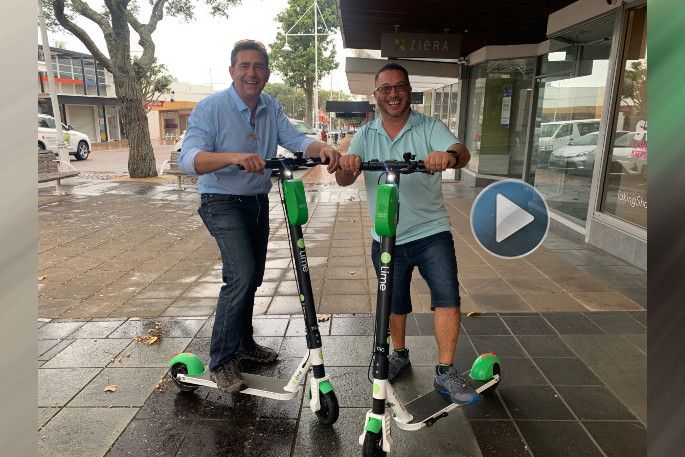 Piers Zajac-Wiggett and Walter Naera heading off down Devonport Rd for an after-work celebration.

Piers Zajac-Wiggett and Walter Naera decided that lime scooters were the perfect conveyance to go to an after-work celebration on Friday in downtown Tauranga.

“It’s my last day at the Electoral Commission and I’m moving on to a new role,” says Piers. “We’re just heading out for an end-of-session celebration.”

“Going to the Barrel Room,” says Piers. “A short ride.”

“Then we’re getting picked up,” says Walter. “Got to be responsible.”

On Thursday, the lime scooters appeared on streets around Tauranga. They have been released on a trial basis as Tauranga City Council looks to provide different transport solutions for getting around the city. 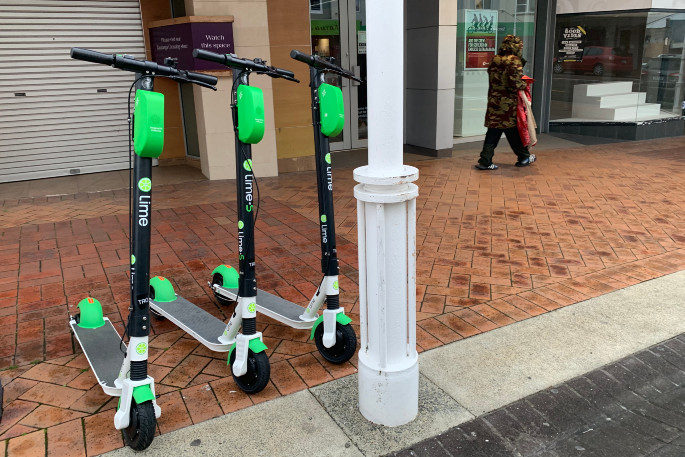 Lime scooters have been a subject of many a debate on social media, with many people not in favour of them due to safety reasons.

In a statement released earlier this month, council says it believes micro-mobility platforms like Lime scooters as an attractive option for some in the city.

Speeds will be limited to 15km per hour in the city centre, Greerton Village, and downtown Mount Maunganui. 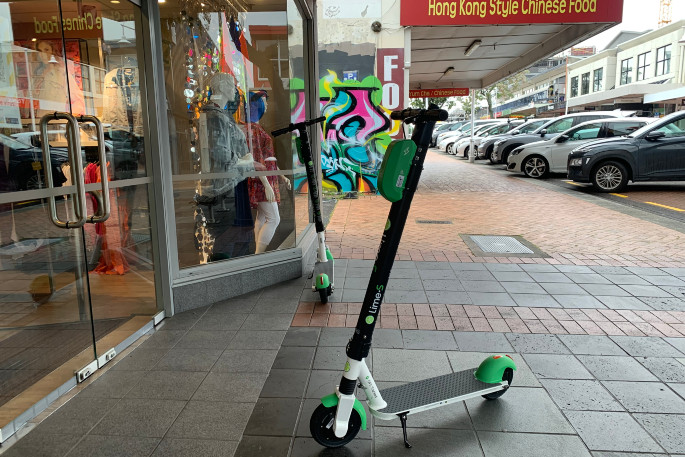 Piers says he hasn’t ridden many scooters before, and has his own scooter.

“I’ve ridden them in Christchurch,” says Walter. “Rode around on holiday down there.”

The pair think the scooters are handy and not hard to learn to ride.

Walter gives some tips for not falling off.

“You balance your weight to the back,” says Walter. “Don’t lean forward but have your arms fully extended.  And then that way if you hit something you can absorb with your arms. And don’t go fast.”

He thinks scooter riders around Tauranga should really be wearing helmets.

“But they’re not attached or available, so unless you come to work with one, or bring one with you…”

He doesn’t know how fast he can go on the lime scooters.

“We’re not going to try the speed out right now because it’s been raining.”

Walter thinks the scooters are probably only to be ridden on footpaths not roads.

“It doesn’t have indicators so no you really shouldn’t ride on the road on them.” 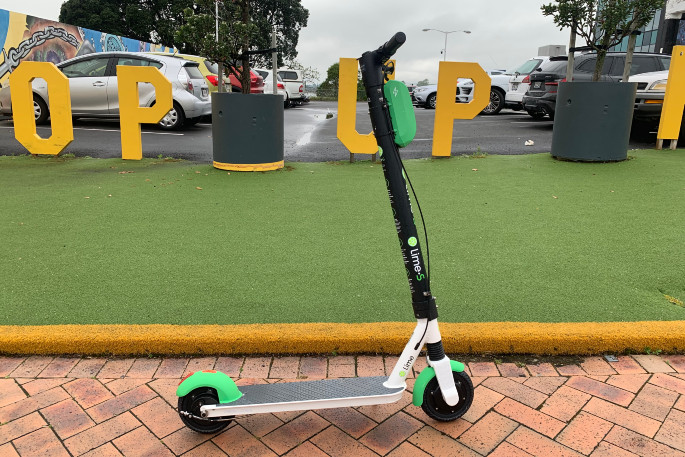 Hours of operation for the scooters will be 5am to 12am (midnight) seven days a week, with an earlier curfew of 10pm on Friday and Saturday in downtown Mount Maunganui and the city centre.

Walter has final advice for beginners.

“Ride within your abilities. Keep your weight to the rear of the scooter at all times. If you’ve never ridden one before don’t go fast.”

Does this mean by way of affirmation that now we can all ride our bikes on the footpath with no helmet ? And another question .. we can’t text and drive right but we can text and ride a scooter with no consideration to drivers . So it would be great for someone to answer these burning questions ????

Just a matter of time before the first fatal/serious accident. If you have an idiotic council allowing more idiots to use these scooters there is going to be nasty consequences!

So whom is going to police this?? Who checks and controls that safety measures are in place - like speed limited, have heard of scooter far exceeding full open speeds? What about under age use? And two aboard one scooter? And the hazzards - I’ve finished, so I’ll just hop off and leave across this door way?? All things seen over this weekend downtown the Mount.

Kiwis cannot drive cars without crashing into anything and everything or simply flying off the road. And that’s with lanes, speed limits, signage and all the other helpful pointers. Why would you give them vehicles and tell them to bob and weave between pedestrians whilst off their face? Dimwits in charge again.

Already had an experience of a 20yr old behaving like a skier whizzing through pedestrians as if they were trees. A pointless accessory for in-town footpaths.

For example a hire company hires out a grinder without a safety guard, whoops start again. A hire company has to ensure the equipment is safe and protection is in place for the hirer. Lime don’t appear to need to provide the necessary safety equipment like a helmet. Because of this failure OSH need to step up and demand helmets be provided as part of the hire.

Walk! There are so many unfit, fat people about. Kids too, far too many. Humans are becoming lazy.

Its time ACC spokeup.they have a history of how much it has paid out to non contributors,why are they paying out.

get it right before test

Piers and Walter have you tried walking along and someone wizz pass you from behind at 15kph?Now imagine you are a senior citizen.TCC needs to set out safety gear rules before continuing with test,motorist are not going to be responsible for accidents from previous observation in other cties.

So who pays for the accidents on these? To open them are you charging road users and acc. . They are dangerous things