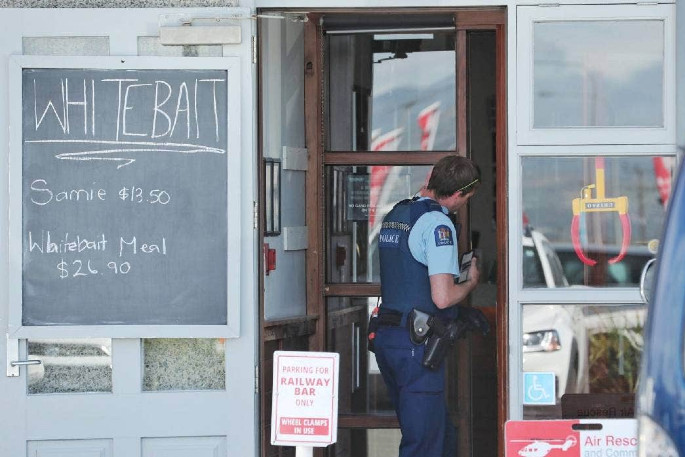 A man has been arrested in Tauranga after an aggravated robbery at The Railway hotel in Richmond on October 12. Photo: Braden Fastier/Stuff

A 34-year-old man has been arrested in Tauranga two and a half weeks after an aggravated robbery at The Railway Restaurant and Bar in Richmond.

Police were called to the bar, at the intersection of the Richmond deviation and Lower Queen St, about 2.40pm on October 12 after a man allegedly entered the premises armed with a firearm.

Cash was taken from the premises and the alleged offender fled on foot.

Nelson CIB identified a man of interest this week and he was located in Tauranga on Friday and arrested.

The man has been charged with aggravated robbery and is due to appear in Tauranga District Court today. 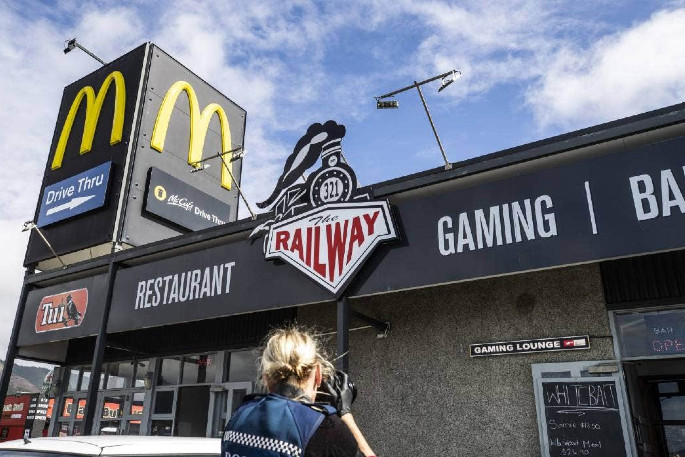 Police investigate the scene of an armed robbery at The Railway Restaurant & Bar in Richmond. Photo: Braden Fastier/Stuff

Nelson Bays Area Commander Inspector Paul Borrell​ said he was pleased an arrest had been made and that the investigations team had “worked tirelessly” over the past fortnight to make an identification and gather information.

A search warrant was also executed, during which items of interest including a vehicle, clothing, and a firearm were recovered.

"We hope this arrest brings some reassurance to the community, who may have been alarmed by this incident."

Publican Travis Cooper​ said after the event that when he looked up to see a man in a balaclava, pointing what he believed to be a shotgun at him, he thought it was a joke.

CCTV footage shows the intruder pulling a balaclava over his head as he walked through the door of the bar at 2.38pm on October 12. As he walked up to the bar, the man pointed his weapon at a customer, telling him to sit down.

Police were unable to comment further as the matter was now before the courts.