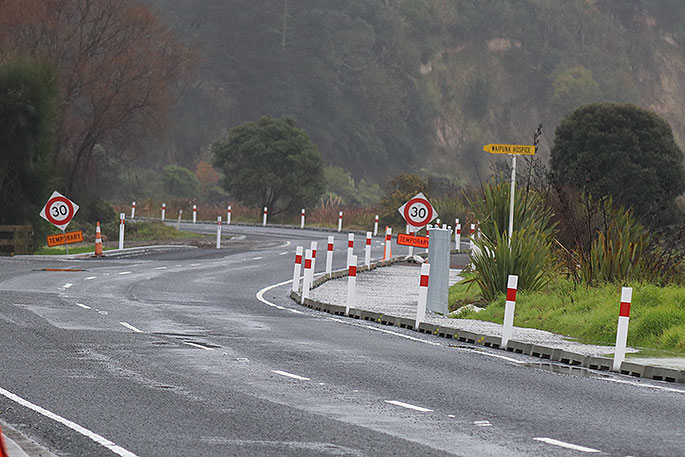 Bay of Plenty motorists to play their part in keeping the region’s state highways safe by avoiding driving over edge marker posts installed along roadsides.

“Edge marker posts are fitted with reflective devices, which make them very helpful for night-time driving.

"Curves and dips along the road can make it hard to see the road ahead. Edge marker posts stand above the road surface, so they can be seen from far away even when the road surface and markings are not visible.

"They also don’t get obscured by dirt and debris in the way that road marking or raised reflective pavement markers can.”

Rob says edge marker posts are known to reduce crashes by up to 18 per cent, particularly at night.

“Vehicle crashes at night in high speed rural areas can result in injuries or loss of life.

“Edge marker posts alongside state highways in the Bay of Plenty are frequently run over and damaged by vehicles.

"They’re also made of hard plastic and can damage the underneath of a vehicle if driven over.

By both hapukafin and Johnney. Agree totally with both of you.

I’ve watched road maintenance mowers for years flatten edge markers by driving straight over them. The markers popped up again, albeit somewhat wonky.

Probably a good idea but I have noticed many parts of our roads have cheese grater safety barriers on the sides of the road but not in the middle. Most damage is done from head on’s. Doesn’t make sense????

back to the future

The old 4x2s were never a problem you made sure you stayed on the road and not hit them.Bring them back.If you damage your car you shouldnt be driving.

back to the future

the old 4x2 markers were never a problem ,you made sure you missed them and you stayed on the road.Bring them back and go back to 4x2s