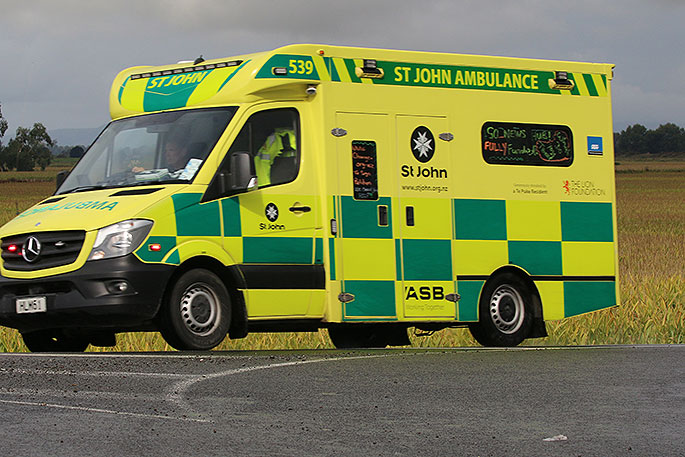 Emergency services were called to the crash on Waihi Beach Road at 7.50am.

UPDATED: The driver of the car that crashed into a barrier in Waihi Beach this morning says wet roads contributed his crash.

He says he was going around a corner on Waihi Beach Road, doing the speed limit but the road was slippery from the rain and he felt the car start to wobble and tried to correct this.

He didn’t want to go over the centre line so over corrected and ended up smashing into the barrier, he says.

The driver and the passenger have been checked over by ambulance staff and are fine now, he says.

EARLIER: Two people are injured following a crash in Waihi Beach this morning.

Emergency services were called to the crash on Waihi Beach Road at 7.50am.

A police spokesperson says they received a report of a car crashing into a barrier.

"It is currently blocking one lane."