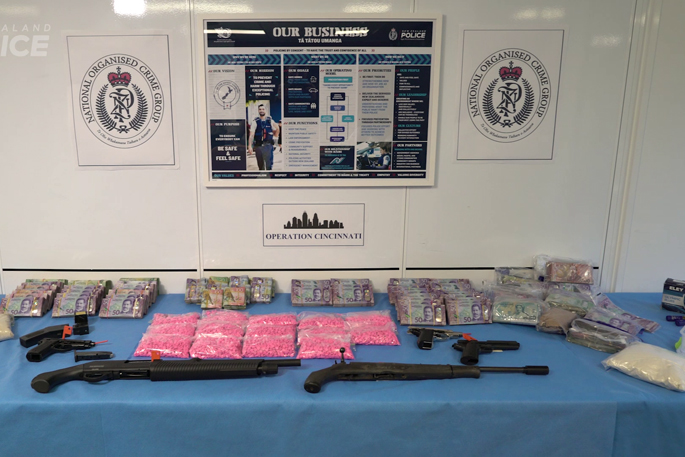 Police have arrested 26 people as part of an operation into illegal drugs, and have seized millions of dollars worth of assets.

As part of Operation Cincinnati, more than 100 police staff carried out search warrants at 34 properties throughout the Auckland region this week.

Police seized a large quantity of drugs, including methamphetamine and MDMA, along with commercial grade drug making equipment.

"Police allege the syndicate imported quantities of methamphetamine and MDMA into the country, and were responsible for producing large quantities of a particular type of pink ecstasy pill, known as 'Pink Porsches'," says a written statement issued by police.

They say more than 20,000 of the 'Pink Porsche' pills were found in the operations.

"These pills were allegedly produced in bulk, then passed on to an extensive network of dealers who would sell the drug at various locations and temporary accommodation, before moving on and selling elsewhere." 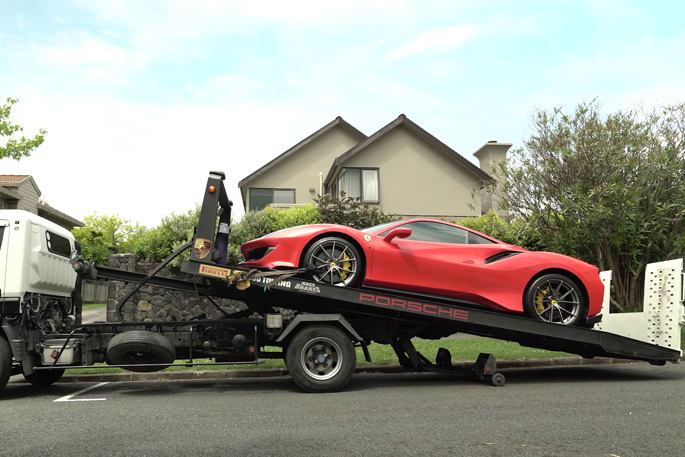 Police  carried out 34 searches throughout the Auckland region, including in Kohimarama, St John, Auckland Central, Remuera, Kumeu and Westmere.

"By stripping this syndicate of the tools they use to produce the drugs, as well as the assets they obtained from such offending, we are effectively striking at the core of their business," National Organised Crime Group's Acting Detective Inspector John Brunton says.

"We want to send a clear message that such criminal activity won't be tolerated, and causes immeasurable harm in our communities - harm that we are committed to reducing."

Another monumental effort by our Police. This has got to be starting to hurt the criminal industry big time. Keep up the great work. Would be awesome if Road Traffic Police could reach this standard too. I was driving down Cameron Road (in what used to be our town) today and got stuck behind a bare-chested fella dressed like an Apache Indian riding a horse. Not a care in the world for the motorists. The workers on the new Farmers building gave him much deserved grief for holding everyone up. He had quiver, what appeared to be arrows, bow, the works. What if I walked down the street with a Winchester? As annoying as he was I have to admit - that’s not a sight you see everyday but what the hang is he doing riding a horse down the main road. Fundraising but no signs . . .