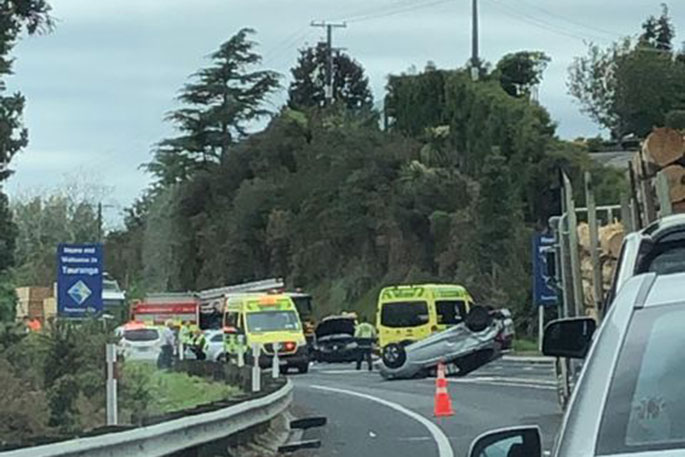 The highway was completely blocked near Tauriko. Photo: Heather Seath.

The highway was closed just after midday following a three-vehicle crash near Tauriko.

Traffic was reported to be backed up to Rauhihi Bridge following the crash.

A SunLive reader has emailed in to say the road is now open and traffic is flowing freely.

A police spokesperson says there were no reported injuries.

State Highway 29 is completely blocked following a three-vehicle crash in Tauriko this afternoon.

A police spokesperson says they were advised of the incident between the cross roads of Cambridge Road and Gargan Road at 12.20pm.

One vehicle has rolled and the road is completely blocked, says the spokesperson.

"There is currently no information available about possible injuries.

"Motorists are asked to avoid the area or expect delays."

A caller to the 0800 SUNLIVE news hotline says traffic in the area is at a complete standstill. 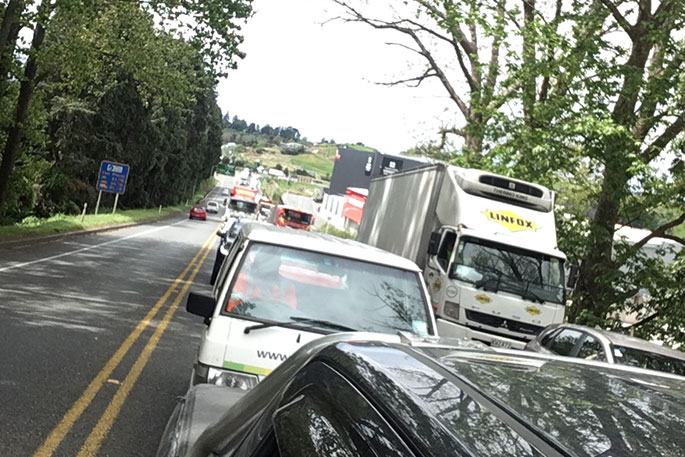 The caller has been told by emergency services it will be more than an hour before traffic starts moving again.

Another reader has emailed in saying traffic is backed up "Way back past Ruahihi Bridge. Not moving". 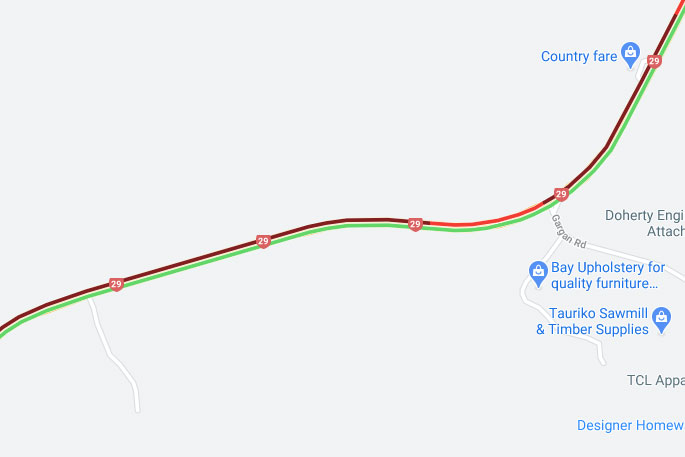