‘He said I didn’t kill my daughter‘ 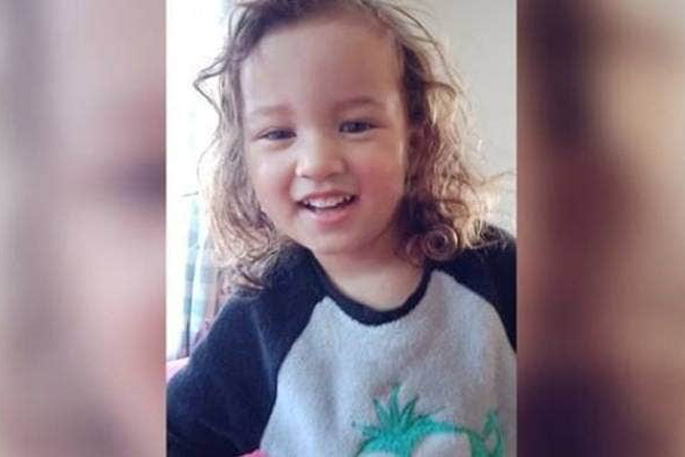 Nevaeh Ager, who was allegedly murdered by her father, Aaron Izett, at Little Waihi in 2019. Photo: Supplied/Stuff.

A police officer giving evidence at the murder trial of Aaron Izett broke down in the witness box as she described seeing the body of Izett’s daughter, two-year-old Nevaeh Ager.

Izett is on trial facing a number of assault and wounding charges, and one charge that between March 20 and March 21 last year he murdered the toddler at Little Waihi in the Bay of Plenty.

“Mr Izett accepted he killed his daughter, he accepts he’s responsible for her death. . . the physical act is not in dispute,” said defence lawyer Nicholas Chisnell.

Chisnell claimed, however, that his client should be found not guilty by reason of insanity.

“A person may be so disordered in their thinking they lack the capacity to be held responsible for the crime.”

The Crown alleged Izett, a regular methamphetamine user, killed his daughter in a “meth rage” after assaulting her with a weapon or weapons then placing her in the estuary behind their home to drown.

On the sixth day of the trial, evidence was given by Constable Michelle Attrill​, one of the first officers on the scene after neighbours had called to report Izett’s erratic behaviour.

The jury was also shown video from her Taser which showed Izett standing in a puddle of water and petrol, holding a pitchfork and blowing on a whistle.

He was also naked.

“At one point he took a large step towards me, holding the pitchfork and looking me in the eye telling me he was going to kill me,” she said.

The court was also shown Taser video from another officer of the moment Izett was tasered, twice.

At that point Izett leaned forward in the witness box and smiled broadly as the video was shown.

He was able to get back to his feet after being tasered, retreating to the estuary behind his home.

While police waited on the land the water began to recede, revealing the body of the toddler.

“We noticed her, the foot” Attrill said.

Attrill then stopped, appeared to try to catch her breath and wiped her eyes, before telling the court she saw Nevaeh’s head and hair submerged, surrounded by murky, red water.

She said they had earlier searched the Tio Place residence after reports a child lived there, searching everywhere and even lifting up floorboards.

Asked about the state of the house, she said “disgusting, uninhabitable”.

Evidence was also given by Senior Constable Andrew McDonald about Izett’s behaviour, and how hard he fought against arrest.

“Thrashing, resisting and trying to bite us.”

He said Izett displayed “an inhuman type of strength” and also that he received a bite wound himself, having skin and flesh bitten off his wrist.

Constable Aaron Alexander also gave evidence, revealing what Izett said when he told him he was under arrest for murder.

“He said I didn’t kill my daughter, and at that point I hadn’t mentioned anything about his daughter.”