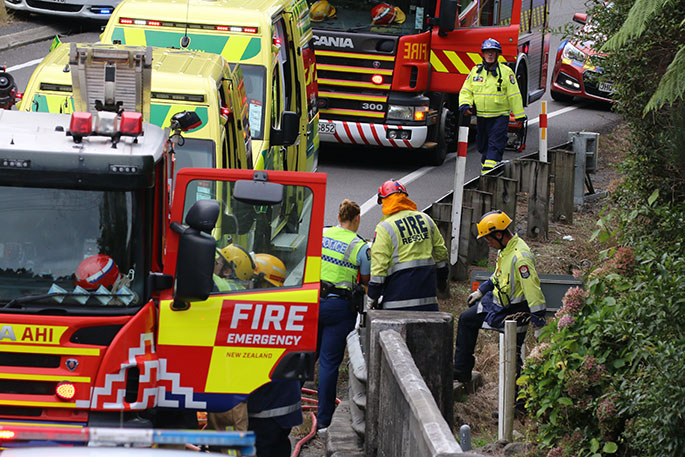 The road toll surpasses that of Labour Weekend last year where only one death was recorded. File photo.

UPDATE 10.51AM: The death of woman following a mountain biking accident has increased Labour Weekend's official road toll to seven.

Police confirmed this morning that a woman died following a mountain biking accident on Luck at Last Road, Maungatautari shortly before 9am yesterday morning.

The woman was airlifted to hospital where she later died, says a police spokesperson.

"This death is included in the official Labour Weekend period, bringing the total number of lives lost on New Zealand roads to seven." 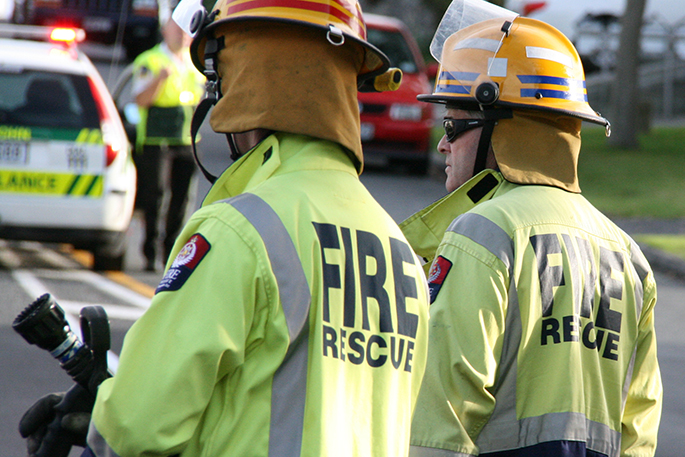 The official road toll for the long weekend finished at 6am today.

There were no fatal crashes recorded overnight.

In the 24 hour period since the official long weekend began at 4pm on Friday, police attended four fatal crashes across the country.

“We implore you to keep your speeds down, pay attention to your surroundings and the conditions, and watch your following distances to ensure you arrive alive.

“Most people behave safely on the roads most of the time, but it only takes one risky decision or moment of inattention to result in tragedy. Ultimately, the actions of every driver and rider makes a difference.”

Another person died following a crash in Tokomaru, Horowhenua on Monday night.

Two vehicles collided at the Makerua Road and Williams Road intersection about 11.30pm.

The driver and sole occupant of one vehicle died at the scene.

A passenger in the second vehicle suffered moderate injuries.

Police say inquiries into the circumstances of the crash are under way.

Another fatal crash happened in Tekapo on Sunday.

A man died after his car rolled on State Highway 35 in Tikitiki.

Meanwhile, at least a dozen people were injured in a three-car crash on State Highway 5, northeast of Taupo.

The crash happened shortly before 11am on Monday.

Police say those involved have moderate to serious injuries and have been taken to Rotorua Hospital.

Fatalities during the long weekend include a motorcyclist in Upper Hutt on Friday and three people in crashes in Whanganui, Gisborne and near Tekapo yesterday.

The man who died in a crash on the Tekapo-Twizel road near Tekapo yesterday has been named as 42-year-old Che Tekapa Hogg, from Auckland.

Three other people were seriously injured and airlifted to hospital.

Another motorcyclist is in a critical condition following a crash in northern Hawke's Bay on Monday.

Last Labour Day weekend, only one person died on the roads.

To read the behavior that Yadick reported. It’s hard to imagine anyone, let alone a mother of children, being that selfish and foolish at the same time. I believe there is a number you can phone to report extreme bad driving, and, while no-one wants to be a snitch, this is a case that deserves it. If they get a number of reports of this behavior they might pop round for a chat and maybe change her mind...

Why won’t drivers switch their headlights on in poor visibility conditions? Early morning or evening or rain or fog. Often black in colour these vehicles are very hard to see. When passing a truck that has partially pulled over and after a group of cars with their headlights on has passed in the other direction, there is sometimes one muppet travelling behind with no lights on and oblivious to their camoflaged position on the road. Or motorists that travel with their park lights on (often one of them is not working and the other has the light output of a candle). Park lights are for parking, that’s whe they are called ’park lights’ . LED running lights are ok but headlights are best as they define the size and width of the vehicle and differentiate between truck car or motorbike. Switch your headlights on and be seen...

Firstly, you are not dense :-) If she had the accident on the road the bike is counted as traffic and the term used by emergency services is now an RTC - Road Traffic Crash. Thus they can include bikes, horses, scooters, mobility scooters . . . Basically any traffic on the roadway.

Apologies for being dense, but why would they include a mountain bike accident in the official road toll? Was a car involved?

There is a LOT of roadworks happening at present and on a day trip to Waihi we went through a lot of reduced speed limits. Got rooted and gestured at many times for observing the limits. Admittedly a lot of them could have been removed for the long weekend but at the end of the day the posted limit is the limit. Police are doing a GREAT job against gangs etc but really need to pick the ball up on road traffic policing. There’s a lot of arrogant drivers out there who just don’t care. One lady passed me on roadworks, kids in the back in child seats and she’s texting on her phone and steering with her elbows. Obviously doesn’t care about her kids or anyone else.