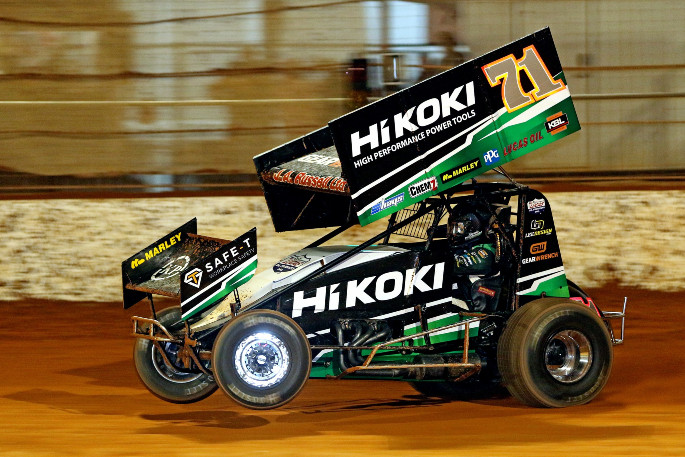 The Aucklander spent a year away from racing last summer after 27 consecutive seasons of competition and says he has returned with refreshed motivation.

He quickly showed he was a threat with a win in the second heat race – after national champ Jamie Larsen (Kapiti) had won the first heat – and after a wheel-to-wheel battle with Larsen in the opening laps McDonald took command of the 20-lap feature.

McDonald had returned to racing the previous weekend at Christchurch and couldn’t avoid a multi-car crash that left his team with a full rebuild to complete.

"This is really a win for the boys on the crew. They took time off work this week, worked every night and we finished the car at midnight last night.

"Surprisingly enough after a complete rebuild, it rolled out the trailer and was fast in the first heat and we won the second heat. In the feature there was pressure from Larsen and Daniel Thomas on the restarts, but the car was a bullet."

Michael Pickens chased hard throughout the 20-lapper battling with a dislodged front wing that led to several monster wheel stands. Pickens picked up second spot late in the race when he passed Kihikihi’s Daniel Thomas.

Pickens had a successful night and also won the 20-lap Midget Car feature while a three-way battle for the podium saw Hayden Guptill take second place ahead of Ryan Baker when Brock Maskovich spun away second place on the final corner.

Tauranga’s national champion Sam Waddell was a clear leader in the Super Saloon feature race until three laps short of the finish when he slowed and pulled to the infield with a suspected engine problem. That handed the lead to Chris Cowling ahead of a fast-closing Peter Dickson who had raced through from the rear of the field.

The next Speedway action at Baypark is the Guy Fawkes fireworks spectacular on Saturday November 7.