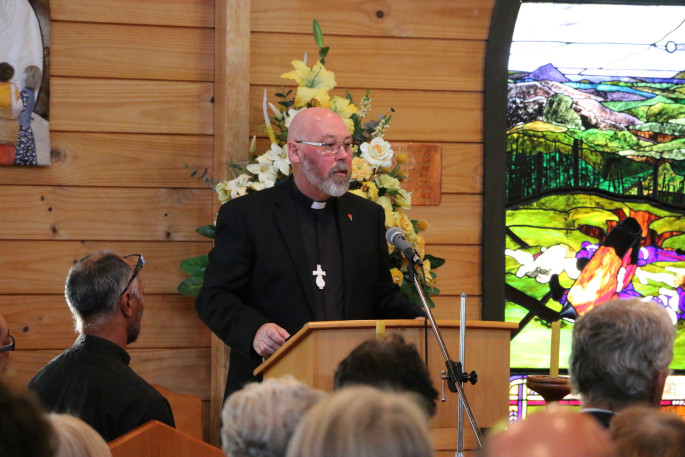 The Anglican Parish of Gate Pa is inviting the people of Tauranga Moana to take part in a short service to commemorate the Te Pakanga o Pukehinahina – the Battle of Gate Pa.

The 1864 battle between Tauranga iwi and British colonial forces is a significant historical event in the Bay of Plenty.

The memorial service will be at 4pm on Wednesday, October 28, at St. George's Anglican Church, 1 Church Street, Gate Pa, on the corner with Cameron Road.

The actual 156th anniversary of the battle was on April 29 however the COVID-19 lockdown prevented a gathering at that time.

Reverend John Hebenton says it’s important to find a time to gather in person and recall these events - to remember those who fought and died in Tauranga as part of the wider New Zealand wars conflict.

The service will cover the consequences of these military engagements for nga iwi o Tauranga Moana; consider the significance of the whole story for Tauranga today; and offer karakia (prayers) for the city’s future.

The service will start at 4pm, which is when the British forces began their march up Pukehinahina back in 1864.

Member of the public will have the opportunity to hear an account of the ensuing battle followed by a time of silent reflection with images played on the chapel screens.

At 4.30pm the church bell will be rung 60 times to remember the approximately 60 men who lost their lives in the battle.

Mayor Tenby Powell will be speaking at the event, and it is hoped members of the Tauranga naval cadet group will attend, John says.

“It is our hope that it [commemorations] will encourage the people of this city to engage with the story of the New Zealand Wars and our colonial past and how these continue to shape present day New Zealand society,” John says.

The service will be followed by refreshments.