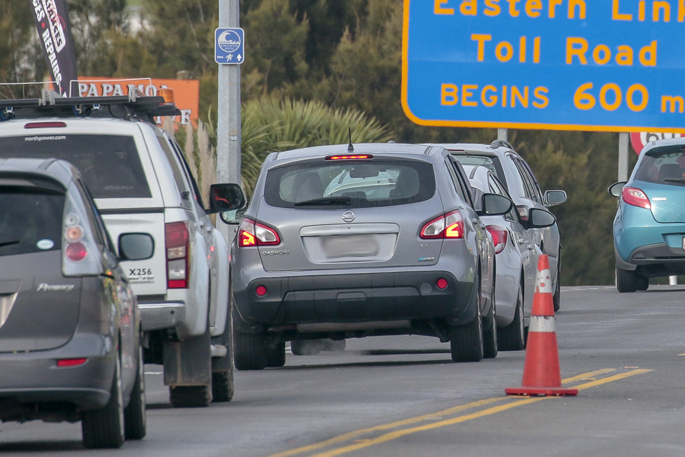 The plan aims to get people out of cars and onto public transport. File photo.

A significant plan for transport investment, changing the way people move around the Western Bay of Plenty has been revealed this week.

Over the next 30 years there will be improvements to bus services and routes, new cycling and walking routes, a shift from road to rail for freight and upgrades of key road corridors to cater for our growing population.

The united approach to improving the Western Bay’s transport system is being led by an independent team on behalf of local partner councils and transport organisations.

“On the back of the Urban Form and Transport Initiative and Connected Centres programme, which was endorsed by Cabinet and the Waka Kotahi NZ Transport Agency Board in August, we are planning a transport system that supports future ‘up and out’ development and connects urban centres in a way that makes it easy to move around to work, learn and play.

“Our work to date tells us something everyone already knows – the transport system in Tauranga is under pressure from increased demand for travel.  This has arisen from under-investment, a steadily increasing population and lack of feasible transport choices.

“The TSP helps us make sure we’re putting the right modes of transport in the right places, supporting smarter investments and providing a robust, repeatable plan that can be adapted over time as things change, such as government policy or local priorities.

"The TSP is focussed on generating a noticeable shift from cars onto public transport, improving safety, providing reliable travel times including freight journeys, and creating better walking and cycling connections.

“Crash statistics, population and employment projections, transport modelling, vehicle emissions and mode conflicts have all been analysed to identify key pinch points in the network.  Both infrastructure and non-infrastructure options (such as policies and travel demand) have been tested to decide which projects will have the greatest benefit to the community and businesses.”

Kimpton says that due to the huge growth projections and likely scale of investment required, it is going to take a considerable amount of time to address the transport system investments needed.

“There are no quick fixes, and the next few years will focus on delivery of already committed significant transport investments, including major public transport and mode shift initiatives. Planning, business cases and design for the next generation of major investments and larger projects is also expected to commence.”

Funding is yet to be determined and the recommended programme of investment will be considered by elected members of Bay of Plenty Regional Council, Western Bay of Plenty District Council and Tauranga City Council for inclusion in a joint sub-regional submission to the Regional Land Transport Plan later this month.

What’s in the plan?
Some of the proposed investments include short term enhancements of the bus service and infrastructure that gives priority to public transport, continuing the development of safe and accessible walking and cycling routes, and implementing the enabling works to unlock growth in Papamoa East and the Western Corridor.

At the same time, planning for future larger investments is proposed to look at the best ways to tackle current and future constraints on the transport system including Hewletts Road and access to the Port of Tauranga, multi-modal improvements on 15th Avenue and Turret Road, and longer term improvements on SH29 to support growth in Tauriko West.

A public transport business case would look at how more frequent and reliable bus services can get more people using buses in the medium and long term and take pressure off the already strained transport system. This would include park and ride facilities, transport hubs as well as network improvements and potentially new infrastructure with public transport priority.

These new activities are in addition to the $1.2 billion of committed transport investment in the western Bay over the next eight years which includes Takitimu North Link, Cameron Road Multi Modal Upgrade, Omokoroa Road Urban Upgrade, and Rangiuru Business Park.

Together they are working on a united approach to tackle housing, transport, infrastructure, economic and environmental issues so the best possible decisions can be made with everyone – and everything – in mind.

The 30-year TSP supports the Urban Form and Transport Initiative and its Connected Centres programme which sets out a programme of how best to cater for urban growth and move around the western Bay of Plenty over the next 30 to 70 years.

The TSP caters for a projected population of 258,000 residents and 34,000 new homes, resulting in more than one million extra transport movements every day by 2050. It looks at transport including roads, rail, public transport, freight, walking and cycling.

The TSP also considers other factors like parking and public transport fees and a commitment to carbon emission reduction.

The article talks of public consultation. Sounds good except the logistics of this seems often to be missed or questionnaires being slanted. I won’t list the several projects that have been executed but very unpopular as consultation seemed as hoc or low key. So when writing an article perhaps a defined path would be good for proper comment. I have asked council for at least four years for speed reduction, is this going to take another year or so ? Where can one make positive affirmations of the policy. ? Crossing the road for Pye’s Pa shops is dangerous. Consultation seems a difficult process and also seems projects like Greerton very unpopular so what happened ?

Both Tauranga and Auckland Council staff have decided that, after years of asking people to use public transport, they will carry out changes to roads which make car transport difficult, slower and more expensive. They are trying to force us to use our almost non existent public transport. And elected officials seem incapable of responding to the public’s anger and frustration at this. We face enduring the present mess for the foreseeable future.years.

This lot is a bunch of Ostriches with their heads in the sand! Our issue now is lack of funding into roading infrastructure in the past, and with these dreamers at the helm it looks like it will continue into the future. There are so many dangerous intersections and highways in the region, and the scary thing is no projects are ’shovel ready’ now, meaning we are looking at at least 5 to 10 years for any improvements - then, when roading jobs are underway they take forever e.g Te Maunga Mess - and this particular contractor uses every excuse under the sun, they are renowned for taking forever, making pathetic excuses and having MASSIVE cost overruns but they still win these contracts - HOW IS THIS?? When will transit wise up? and to add salt to the wound, they are Australian owned and run!!

Well I regularly go from Pye’s Pa to the hospital and used to by bus as parking at the hospital isn’t easy. However the last changes to the bus system has actually made the car more practical. The old bus route was twenty minutes door to door. Now changing buses it can be double that. The last time I tried was buses was 45 minutes. I can do this in 15 minutes by car. Of course Greerton has traffic backup traffic can mean a big delay at certain times for car or bus. Traffic flow was much better before the costly failure of road layout. So I guess It works well as intended as I avoid Greerton as much as I can. Buses plus inevitable walking in all weather carrying whatever is not practical so the car wins. No amount of tinkering and money changes the fact.

Dreamers at WORK - NOT!

Look at the local population and what the population will be in the next 30 years - RETIRED people - who want to be free to do and go where they want too and WHEN they want too and that is not going to be the routes of the so-called public transport. OH and they will not be carrying their shopping home on a BUS !! So called public transport will NOT cut the mustard - next year, in five years, or 30 years.!!!

Doomed before the Inks Dry.

The TSP is focussed on generating a noticeable shift from cars onto public transport, improving safety, providing reliable travel times. Until this has a customer focus and not a theoretical focus that seems to be focused on forcing people to follow their school rules than it ain’t going to be successful. Customers vote with their feet. That’s why bus patronage has been falling. The Omokoroa bus doesn’t even go to the bus stops these days. Just today didn’t arrive but was followed up the road by the person who wanted to use it when she thumbed a ride when it didn’t come. Customers eh! Twiddling with 15th Ave and Turret. Well for 20 years we have known that the bridge needed two more lanes. Slow learners in this lot. As things change they stay the same. Money pot for some.

Why would we be confident?

"no quick fixes"... so don’t look for any relief soon. We actually NEED some "quick fixes" to sort things out until the major plan can be implemented. And, despite all the modern tech that went into it, it is still based on the same failed plans from elsewhere. For me, anything that involves the current Council should be simply done over once they are removed.

Will this be Ngatai Rd on a bigger more wasteful scale? A million dollars was spent putting in a bike lane on Ngatai Rd that hardly anyone uses. Now the road is too narrow, dangerous & frequently blocked by stopping buses. Residents have also lost off-street parking. Was a study done before this white elephant was installed? Maybe they thought the local students would use it but hardly any of them ride in that direction. This and all the other roading disasters in the BOP don’t install confidence.

So the plan for the next 30 years is to keep doing what has failed in the last 30 years, i.e don’t build enough roading, and try to force people against their will to use public transport? This is why we have more congestion now, because totally unqualified people keep repeating the mistakes of the past.

This should certainly be raising some eyebrows as he will be bringing failed Auckland ideologies to the Bay of Plenty now. Hmmm, what could possibly go wrong!?