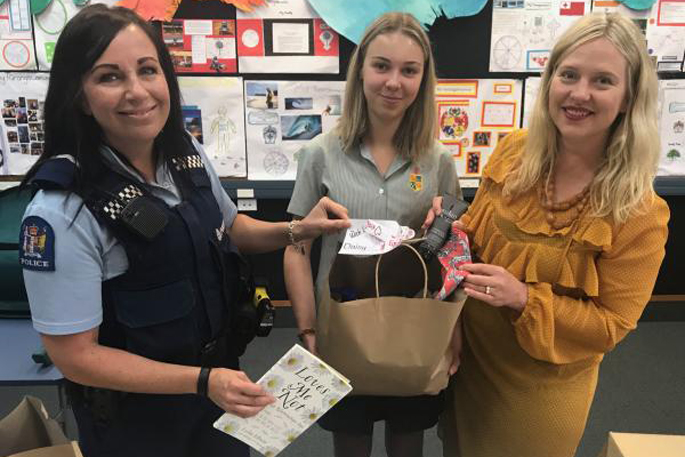 Learning about healthy relationships through the Loves-Me-Not programme hasn’t just sparked a wider awareness for a group of Katikati College students – it’s inspired them to do something for victims of family harm.

Year 12 student Grace Fotheringhame came up with the idea for Daisy Love Packages after taking part in the Loves-Me-Not programme, which teaches students about healthy relationships, relationship abuse and consent.

Grace says the programme was an eye opener and after taking part she was inspired to do more to raise awareness about family harm.

“Loves-Me-Not exposed me to the effects of family harm on the victim, as well as those around them," she says. "I wanted to create a project that not only raised awareness of this issue, but also helped those directly affected.

“I decided on specially made packages that would be donated to a local women’s refuge. These packages contain items that women need on a daily basis, with some essentials to make them feel uplifted and special.”

The packs include items such as face cloths, soap and sanitiser, toothbrush and toothpaste, body wash and lotion, face masks, nail polish and lip balm, among other things. 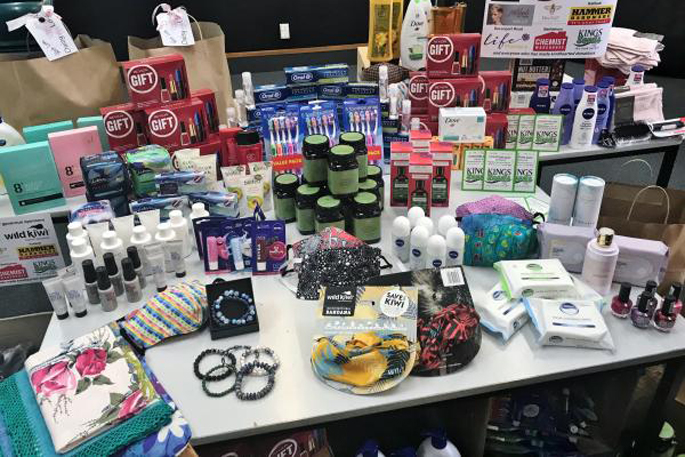 A selection of the goodies which go into Daisy Love Packages for women affected by family harm.

Grace hopes the project will help expose students to the lengthy effects of family harm and inspire them by demonstrating how a small school project can positively affect multiple women.

“What Grace has achieved is the Loves-Me-Not principles in action, supporting women in need so generously," she says.

"She is taking those messages out into the wider community and has obviously won over some businesses, judging by the number of items donated.”

Of the 30 packs, 22 were given to Women’s Refuge while the other eight were provided to Police’s family harm teams to distribute.

“Loves-Me-Not is a fantastic programme and you really see it resonating with the students as the realise some of the traits that are unhealthy in a relationship… traits they might not have realised were unhealthy.”

Grace agrees, saying the programme exposed her to real-life situations that they all many face in the future.

“At this age, many students are getting into relationships and I believe that it is a crucial time to realise the difference between healthy and unhealthy relationships. We may feel so deeply about someone that we may not realise the relationship is turning unhealthy.

“This programme makes us aware of what a healthy relationship should look and feel like, as well as some indicators of when the relationship is no longer healthy. Importantly, it also taught us that it’s okay to ask for help and seek advice.”

Loves-Me-Not was pioneered by Police and the Sophie Elliott Foundation - a foundation set up to raise awareness around partner abuse. It was established by Lesley Elliott after her daughter, Sophie, was killed by her former boyfriend and university tutor Clayton Weatherston in 2008.

Police officially took over the programme, which is delivered in about 130 schools nationwide, last year when the Foundation was wound up.

Sophie Elliott Foundation Trustee Bill O’Brien says he’s pleased to see such a worthy project come out of the programme – and thanked students for their hard work and initiative.

“The whole-school approach around Loves-Me-Not is vital and having students initiate positive actions as they have is heart-warming.”