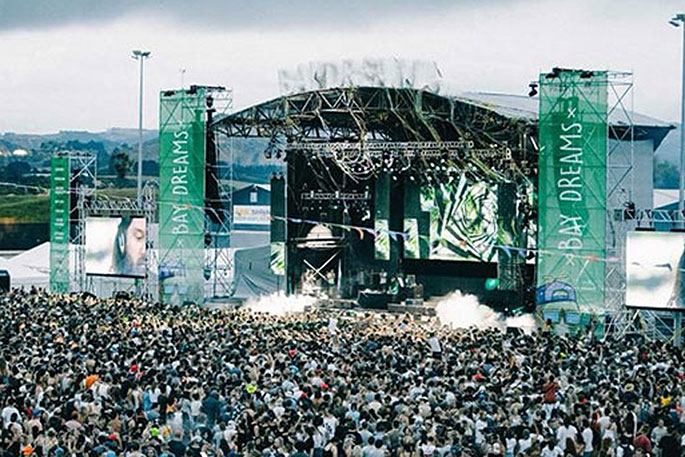 Bay Dreams looks set to be the only summer 2020-21 music festival to feature overseas acts, but previously announced headliners Flume and Pendulum won’t be playing.

In a Facebook post, the festival, which is held in Mt Maunganui and Nelson, says “Flume and Pendulum unfortunately cannot perform their live shows at Bay Dreams in 2021 due to the changing international travel restrictions around COVID-19”.

Australian DJ Flume, who had apologised to fans in his own Instagram post, “wanted to be able to deliver the level of production of previous NZ performances, and unfortunately this isn't possible with these travel restrictions and an internationally based crew”, Bay Dreams organisers wrote.

Fellow Australians Peking Duck were still on the line-up, however, and several other international acts had been “confirmed to quarantine”, including American hip hop duo Earthgang, Australian outfit HP Boyz, and a quartet of English DJs – Sub Focus, Friction, Dimension, and Holy Goof.

Exemptions for those acts had been approved by the Government, the festival claimed.

Despite Bay Dreams defying the odds to bring in international acts, some ticket-holders weren’t pleased with the change.

Several people posted tickets for sale in comments under the Bay Dreams announcement.

Most of the rest of New Zealand’s summer festivals are going ahead with exclusively local acts, meaning the likes of L.A.B, Benee and Fat Freddy’s Drop will headline multiple events.

Laneway, however, has announced it will not go ahead this year as organisers “do not believe we can operate to our full capabilities” due to COVID-19 travel restrictions.