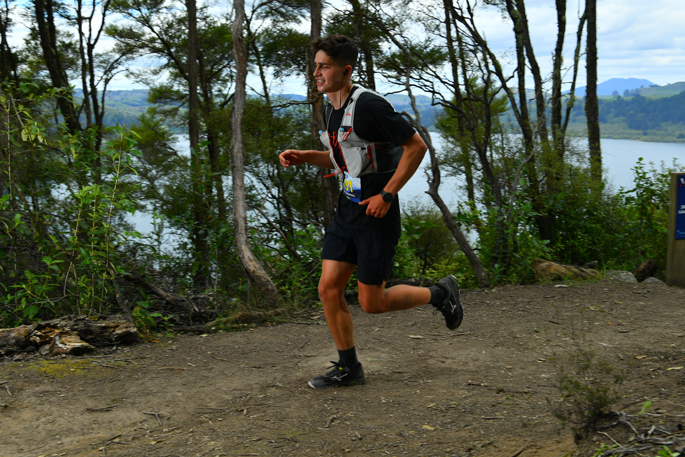 A Bay of Plenty teenager is aiming to run length of New Zealand for charity.

As most New Zealanders will be starting to look forward to a chance to unwind on their summer holidays, Shay Broomhall will be setting off on a gruelling expedition in which he will run for at least 100 days across all sorts of terrain.

This will range from 90 Mile Beach in the Far North to Arthur’s Pass in the Southern Alps and beyond.

Starting on November 20, the 19-year-old plans to run from Cape Reinga to Bluff along the 3000km Te Araroa trail.

Aiming to average 30km a day, when he completes it, it is believed Shay will be the youngest person to have run the entire trail unsupported.

This means he will be carrying everything he needs on his back, including a tent, sleeping bag, cooking equipment and food, as well as his running kit and emergency equipment.

Born in New Zealand, Shay moved to Essex, England, with his parents when he was two years old.

Having finished his schooling, Shay moved out to the Bay of Plenty in January to work and spend time with his extended family.

He played for Otumoetai Football Club’s premiership team, which finished fifth in this season’s competition, and was recently awarded the club’s Young Player of the Year award.

He says the idea of running Te Araroa stemmed from his desire to “explore the country where I was born”, but he soon realised he could use it to raise money for a cause he cared about.

While studying in Colchester, Essex, Shay volunteered with local refugee support groups and ended up volunteering with Care4Calais to help distribute emergency aid to refugees in northern France and Belgium in the summer of 2019.

“My run, although a difficult journey, will be nothing compared to the journey these refugees make to Western Europe, fleeing their own war-torn countries in search of a safe haven,” he says on his fundraising page.

“Many have not been able to find it, instead being met with hostility from French and British authorities. This is why I feel Care4Calais, who provide essentials to these vulnerable people, are the perfect organisation to support with my run.”

In preparation for the challenge, Shay has been training in the hills around the Bay of Plenty and recently completed his first ultramarathon, a 50km trail event in Taupō.

Here is the link to Shay’s fundraising page.