Wright and Hastings top of the podium at BOP race 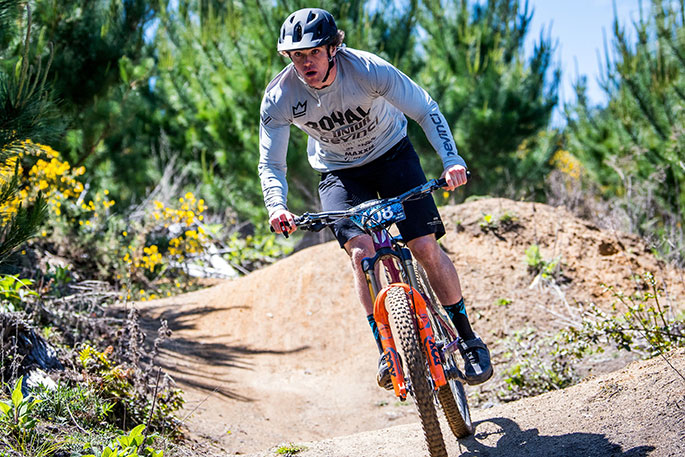 Keegan Wright and Jenna Hastings were crowned as the winners of The Giant 2W Gravity Enduro race one in Rotorua.

Rotorua’s Keegan Wright finished first with an overall time of 19m 16s and Rotorua’s Jenna Hastings was the first female with a time of 23m 12s.

Wright says it's good to be back after having time off racing due to COVID 19.

“This is my first race back since Crankworx Rotorua so it's been a solid six or seven months. It's cool to come back and get back on the top step. It was a cool day out and the 2W team put on a really cool event.”

He says it was good to be back at the event as he would usually be racing overseas at this time of year.

“I would usually be overseas at this time but it is good to be here. These events are always good to get amongst.”

Wright says overall, Saturday was a good day out on the trails.

“This morning the first two stages were a little bit greasy but once the sun got onto the dirt it baked it up a bit and got nice and tacky.”

He was not expecting the win but hoped for a good result.

“I’ve had a lot of off the bike time during this season because it's so long until we can travel overseas for racing so I've been doing a lot of gym work and cardio like running and swimming, just trying to keep things fun and fresh.

“Today when I came out to ride, I was nervous. I thought I could try to get top five or top ten and try to get a good result. But I've always done well at these 2W’s so it's good to come back and be in a good position again.” 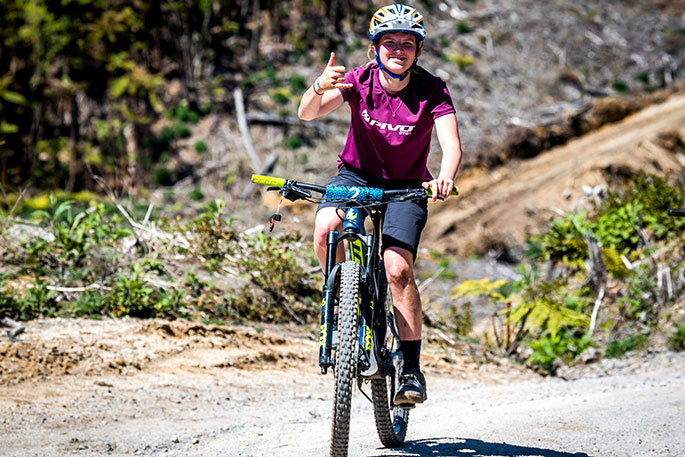 “It was really good considering the rest of the world isn’t racing because of Covid. I had a few crashes so I wasn’t sure if I would get it but obviously I did.”

Hastings was the overall female champion for the 2019/20 series.

“I just had so much fun, I felt good knowing I put in the hard work in the last series so I was like I want to do this again.”

She says she had a few crashes, and hit a tree on one of the downhill tracks, but the last two stages went smoothly.

“I thought I would be up there in the top five women, but I wasn’t really sure what to expect because there are quite a lot of fast girls and Robin was only three seconds behind me. It was close riding.”

Hastings entered race two and three with the goal to back up her overall title.

Event Director Craig Murray says the event was a success and had a great turn out.

“The weather played its part, it rained a little bit during the week and then was hot Friday and Saturday, perfect for the trails. Saturday started off as a frost but then reached over 20 degrees.”

“We couldn't have asked for a better day. People came out to enjoy the event atmosphere and everyone seemed to really enjoy themselves.”

He says a goal for the series is to increase female competitors.

“16 per cent of participants are female which is cool. We also had a goal to sell it out quickly which we did in just four days. There has also been an increase in participants by 10 per cent over the series.”

Murray says ore than 460 participants travelled from outside of Rotorua to race.

“The economic impact for Rotorua is huge and events like these help our community, not just the mountain biking community but accommodation, local tourist attractions and hospitality.” 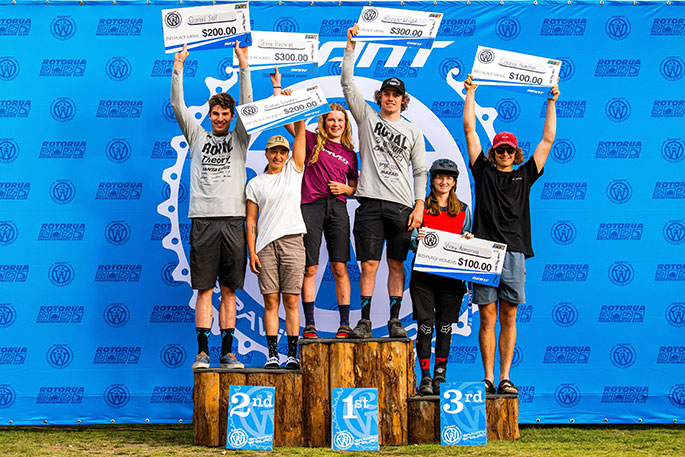 The Giant 2W Gravity Enduro series comprises three races, with race two taking place on 5th December 2020 and race three taking place on 20th February 2021. All three races sold out in four days with over 500 competitors in each race.