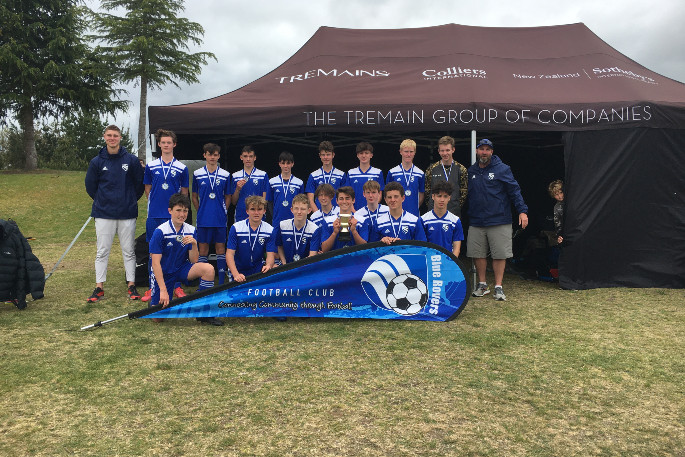 Blue Rovers coach Brent Armitage and director of football Ben Donald with the team at the McCartney Tournament.

The Blue Rovers Junior Football Club under-15 Federation team have beaten five other teams to take out the win in their Bay of Plenty/Waikato league this season.

It’s a huge achievement for this close-knit group of boys, many of whom have been playing together for a few years.

“[Their] achievement compared to other larger clubs is pretty amazing. For coming out of a little club they certainly punch above their weight.”

Brent says the boys have continued to challenge themselves each year and developed into good young men.

“It’s not just about football; it’s about values, culture, honesty, integrity – all those sorts of things.”