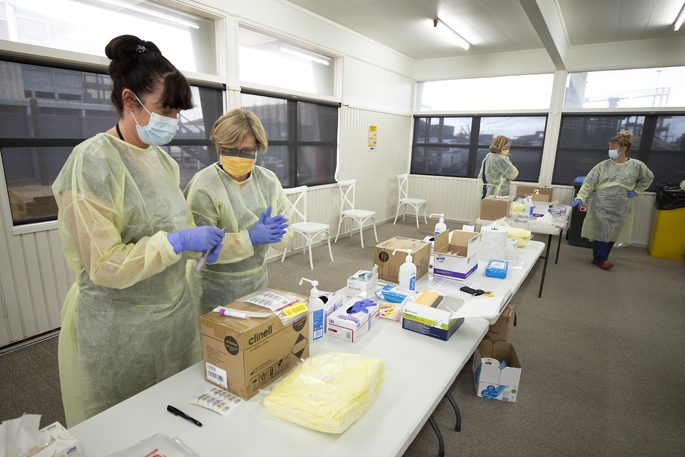 There are four new cases of COVID-19 to report from managed isolation in New Zealand today.

There is one suspected historical case currently being investigated, which is not included in today’s reporting numbers.

The first imported case arrived from the Philippines via Hong Kong on October 3 and was taken to a managed isolation facility in Auckland.

They tested positive as part of routine day 12 testing and have been transferred to the Auckland quarantine facility.

The second imported case arrived from Peru via Mexico and the USA on October 10 and was taken to a managed isolation facility in Christchurch. They tested positive as part of routine day 3 testing, says the Ministry of Health.

"The third and fourth imported cases both arrived from Hong Kong on October 11 and were taken to a managed isolation facility in Auckland. They tested positive as part of routine day 3 testing and have been transferred to the Auckland quarantine facility.

"Our total number of confirmed cases of COVID-19 is 1524, which is the number we report to the World Health Organization.

"Our total number of active cases is 46 – all imported cases. There are no active community cases of COVID-19. Further details about the suspected historical case under investigation are expected to be released later today.

"Yesterday our laboratories processed 5078 tests, bringing the total number of tests completed to date to 1,021,931."

Overnight, the Ministry have been investigating someone who has returned a weak positive result.

This individual is a recent returnee from the United States and completed their full 14 days in a MIQ facility in September.

"They were asymptomatic during their time in MIQ and returned two negative tests during this time. They were released from MIQ on September 21.

"After becoming unwell this week, they sought medical care. They were subsequently tested for COVID-19, which has returned a weak positive result, indicating an old infection. We have undertaken further testing today to fully confirm this is a historic infection."

A PCR test conducted today has returned a negative result. This follow-up testing result strongly suggests that this is a historical infection.

"We are awaiting further results from other tests including serology.

"We are taking precautionary measures as we always do in these instances and the individual has been transferred to an MIQ facility in Wellington.

"As we have seen with other cases, individuals can return weak positive tests if they have been infected earlier in the year. This case follows a typical pattern of what we have seen in other historical cases.

These cases can emerge after the person has a respiratory illness that is not COVID-19, such as a cold or influenza.

"Residual remnants of the virus can be picked up through swabbing, with inflammation often bringing forward virus particles that were not previously picked up.

"Further information will be shared when it is available, which we expect to be later today."