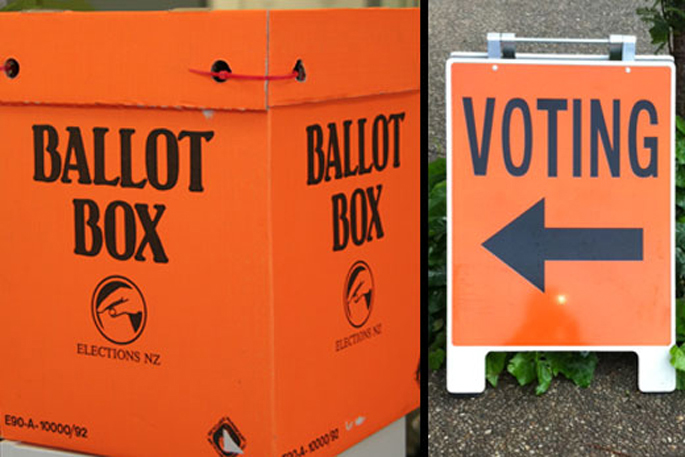 Tomorrow will be the last day for eveyone eligible to have their say. File Image.

Tomorrow, Saturday 17 October, is election day and the last chance to vote in the 2020 General Election and referendums.

Chief Electoral Officer Alicia Wright says 2567 voting places will be open from 9am until 7pm on Saturday, so there is plenty of opportunity for anyone who hasn’t voted yet to do so tomorrow.

By the end of Wednesday, more than 1.5 million people had voted, which is well ahead of the 1.2 million who voted in advance in 2017.

“It’s fantastic that so many people have got out early to vote, but there are still a lot who haven’t, and we don’t want them to miss out.

“It’s important that you have your say on who represents you in Parliament for the next three years. Saturday is your final chance to enrol, vote and be heard,” says Alicia.

This year, for the first time, people can enrol or update their address details on election day before they vote at any voting place.

Voters who have their EasyVote card should take it with them to make voting faster, but people can still vote without one.

The preliminary results of the general election will be released progressively after voting closes at 7pm on Saturday. Results will be available at electionresults.govt.nz

Priority is given to the election results and votes in the two referendums on end of life choice and cannabis will not be counted on election night.

...when there is so much uncertainty in the world and rising nations are reaching for Democracy at a horrific cost in blood, it was good to be able to go calmly with many other Kiwis and make my tiny mark on our future. No coercion, no vote-rigging, no corruption, just being a part of the place I love and registering my interest for the next 3 years. Whichever Government we get, we will be well served and that is a comforting thought in troubled times.

... now just move yourself offshore and be happy... Although your assets made a huge difference to our Economy, the price we had to pay in unfair criticism, venom and abuse was really too high. I wish you well, but I don’t think you are ever going to be happy here... with us Dimwits.

Already voted. I’m busy moving my money offshore tomorrow. Sorry you Leftie piggybackers but you’ll have to find it from elsewhere.