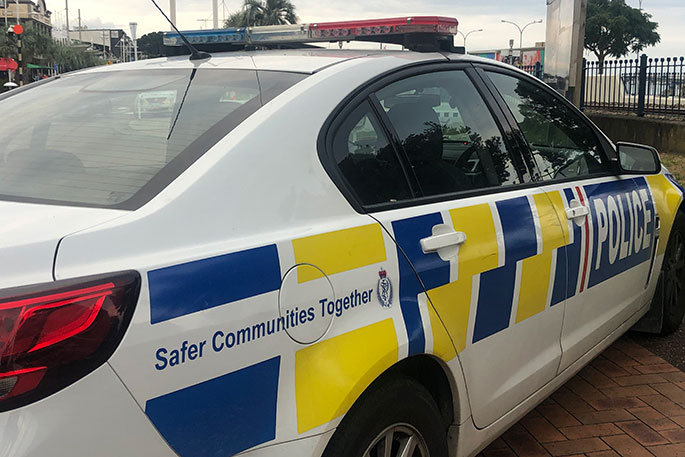 Comancheros gang members drove from Auckland to Mount Maunganui for a robbery – then targeted the wrong house.

The group was sent to take “whatever drugs and money they could find” from a suspected drug dealer early on July 20, 2018, a Court of Appeal decision says.

That plan “misfired” as the property they forced their way into was home to an innocent couple who had no drugs and just $40 cash.

The two carloads of Comancheros members used a sledgehammer to force their way into the house – near where their target lived - about 4.20am.

Guns were pointed at the couple, and they were threatened with death, beatings, and their dog being shot, the judgment says.

But one of the offenders, William Matiu Court-Clausen, has just had a year and a half taken off his jail term on appeal.

He will now spend seven years and six months in prison, as the Court of Appeal found the robbery wasn’t violent enough to warrant his initial sentence.

Still, the judgment acknowledged “serious repeated threats made with loaded firearms”, the planning, and the criminal gang link.

Court-Clausen was arrested later on the morning of the robbery, when he tried to hitch-hike out of Tauranga – with a police officer.

He and his co-offenders had escaped from the house after police arrived with only tasers and pepper spray.

One offender threw a loaded shotgun out of the car as they were chased, then a second fleeing vehicle was driven on the wrong side of a major Mt Maunganui road.

The group ditched that and escaped across a golf course and Tauranga Airport.

At sentencing, Judge Thomas Ingram noted vulnerable victims had been held at gunpoint and assaulted in their own home, with “moderate” violence.

It was “easily the most carefully planned and professionally executed aggravated robbery of its type that [he was] aware of in New Zealand”.

The Court of Appeal ruled there wasn't enough violence involved in the robbery to warrant an 11-year starting point for Court-Clausen’s sentence.

“We do not underestimate in any way the seriousness of the offending of Mr Court-Clausen and his associates,” the judgment says.

“We unreservedly share the Judge’s concern that it involved a significant degree of planning and was executed in a way that must have caused considerable distress to the victims.”

But previous cases with a starting point around 11 years involved “far greater injuries” to victims.

One example, Royal v R, involved three armed intruders dressed as police officers, who bound and gagged six people who lived in the house and subjected one to a “vicious assault”.

A background report on Court-Clausen says he had a lifelong addiction to drugs and impaired mental health.

He left school at 12 and had struggled to come to terms with childhood abuse from whānau members, the report says.

He joined the Comancheros for support after being deported from Australia and separated from connections there – although his wife and children moved to New Zealand.

His sentence is now seven years and six months in prison.

... the disgust of other posters at this judgement. There has to be some kind of monitor who watches sentencing and considers the general public expectation, so that judges can be appraised of poor sentences. We have a right to expect to be safe in our homes and just because there was a previous case with more severe violence, that doesn’t make the injury here any less severe. The system needs review.

I agree with Slim Shady except jokes are supposed to be funny. (I did a good chuckle at your last line though). I’ll bet their victims would love a reduction in their life sentence from these thugs but they won’t be getting it. These low life scum couldn’t even stand up by themselves instead having to attack as a pack. Gutless and weak. Professionally executed attack . . . Come on Judge, are you sure you weren’t sitting at the bar and not the bench. These thugs aren’t professionals and neither are their vicous appalling attacks. Appalling idea and sense of justice.

Which planet do they come from? First the sentence is a joke. His notion that it wasn’t violent enough is a joke. But the best one of the lot is his assessment that it was carefully planned and professionally executed. Hilarious. That Judge should get down to the pop up Comedy Club.