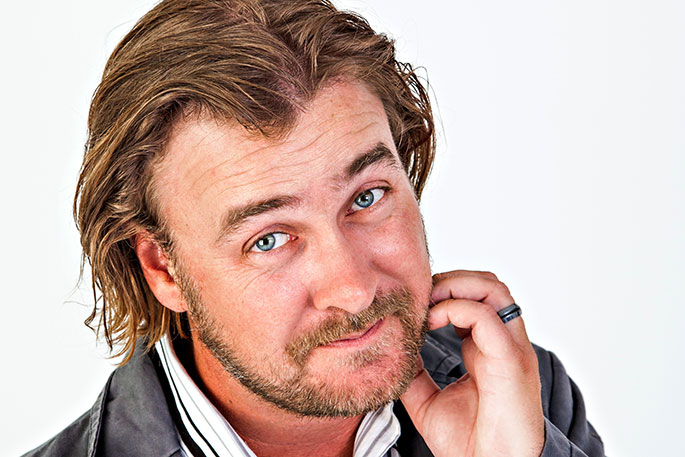 Jeremy Elwood is one of a number of comedians who will be performing at the pop-up comedy club on Labour Weekend. Supplied photo.

A full schedule of comedy is set to hit the city centre over Labour Weekend, with a new pop-up comedy club being installed on Devonport Road.

Taking over the old Glassons store, The Tauranga Pop-Up Comedy Club is being run by seasoned comedy producers, Events Innovated, whose idea to utilise an empty building in the city has been incorporated into Downtown Tauranga’s Activate Vacant Spaces campaign.

The space will be turned into a traditional comedy-club style venue, with refreshment bar, cabaret style seating and a small, intimate setting that is ideal for live comedy.

The venue will play host to solo hour shows from some of New Zealand’s leading comedians, including Michele A’Court, Jeremy Elwood and Simon McKinney.

There will also be a Late Laughs show each night, which will feature a lineup of star comics plus a number of the brightest up and comers.

The late-night lineup show is a staple in big cities around the world and often provides some of the edgiest and most risqué standup on the live circuit.

“We have wanted to set up a comedy club type venue for a long time in Tauranga, and with the city continually growing it seems it’s a great time to introduce this style of comedy room that you find in all of the best cities around the world,” says Heath Ingham, from Events Innovated.

“We’ve got some great comics in NZ and this gives a really cool event space that gives something new and unique to do in the city centre during the long weekend.”

The Mainstreet Tauranga Activate Vacant Spaces team were able to secure the former Glassons site for The Tauranga Pop-Up Comedy Club, as part of their programme to add vibrancy to vacant spaces in the city centre.

Spokesperson Sally Cooke says it’s about thinking about the city centre differently and viewing the vacant spaces as opportunities to bring new initiatives in.

“Heath and the team at Events Innovated are bringing nationally recognised comedians to our city centre for a series of pop up shows.

“Being able to partner with property owners who also have a vested interest in the revitalisation of our city centre means we are able to make these opportunities come to life in unexpected places for the benefit of both the public and our city centre community.”

As well as the top comedians performing their hour show, they will also be joined in the Late Laughs shows with award-winning comics Advait Kirtikar, Eli Matthewson, Brynley Stent, Tim Batt, Janaye Henry and more.

There will also be a Kids Comedy Show held on Saturday afternoon, which will be suitable for parents to take along their 5 – 11 year olds.

Tickets for this show are only $10, which includes both a child and parent in the one ticket.

Supported by Tauranga City Council and Downtown Tauranga, the event will also allow audiences to show their tickets at partner restaurants in town for special dinner deals, so they can enjoy a well-priced meal before or after their show while they are in the city.

Space for each show is strictly limited as the room has a capacity of just over 100 people.

All tickets are now on sale and can be purchased from www.taurangacomedy.co.nz

SunLive has a double pass to each show to giveaway.

Simply enter the competition online here to be in to win. You will need to let us know which show you would like to attend.

A full list of the shows taking place is available here.