‘Captain’ named Penguin of the Year 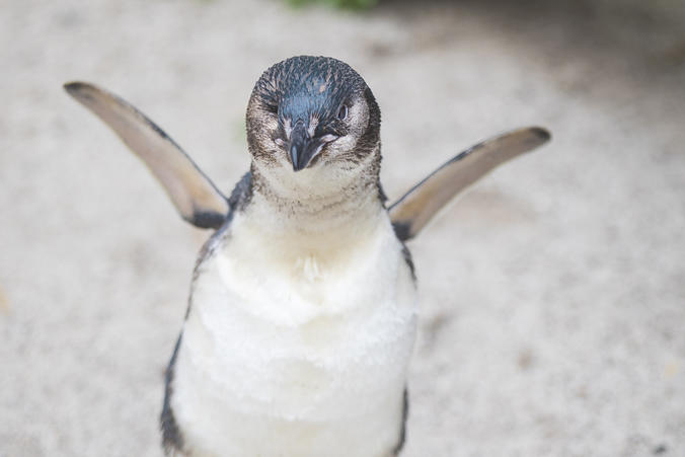 Captain arrived at the aquarium after losing his right eye in an attack by another sea bird. Photo: Supplied / National Aquarium of New Zealand'

A 10-year-old keen eater, with only one eye, has been named National Aquarium's penguin of the year.

The winner, Captain, and finalists Mo and Burny, arrived at the aquarium in Napier as abandoned or injured chicks

Captain came to the National Aquarium's penguin rehabilitation centre after losing his right eye in an attack by another sea bird.

Because of this he must be fed from his left side and wouldn't survive in his natural habitat out in the wild.

He shares a burrow with girlfriend Flip and is a good dad to Dave, keeper Amy Giddens says "He doesn't peck at him or anything like that. He's just a good dad in general."

Runner up was Mo, one of the naughtier penguins who, along with the third-placed Burny, likes to steal fish.

"There are a lot of Mo followers online, and he definitely received a large number of votes, however I think Captain's efforts in renovating his burrow recently and generally being a good penguin had touched people's hearts."

The competition had around 15,000 thousand votes in all, many from overseas.

Giddens said it was a way to educate people across New Zealand and the world about the challenges little penguins and other wildlife face.

"Sharing the stories of our little penguins and how they came to live at the National Aquarium creates a greater understanding about conservation," says Amy.

The facility assists with recovery of sick or injured birds and returning them to the wild. Some penguins are not strong enough to return to their natural habitats, so they find a permanent home there.

Captain will receive a special treat to celebrate.